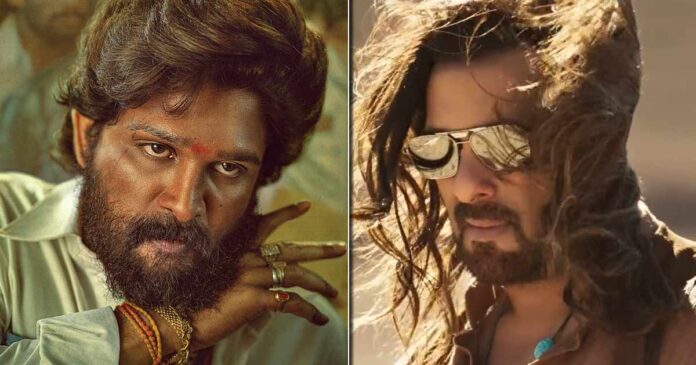 After enjoying a massive at the box office, the makers of Pushpa will now begin shooting for the film’s 2nd instalment. Starring Allu Arjun in the lead, it also casts Rashmika Mandanna as the leading lady. Recently we also reported that rumours are abuzz that Sai Pallavi too will be seen in Pushpa 2. It is being said that the director Sukumar approached the Maari 2 actress to play the role of a tribal girl in the upcoming film.

For the unversed, the first instalment of Sukumar’s directorial took the box office by storm while making and breaking some records. Recently, the film was in the news when the Producers’ Guild Of Tollywood had gone on a strike putting the film’s shooting on a halt.

Do you know how much Allu Arjun is being paid for his full-fledged role in Pushpa 2? We have told you earlier and will tell you again that the South superstar is being paid a whopping amount of 125 crore. Rumours are a strong buzz that the whole budget of Pushpa 2 is 450 crore out of which the actor has taken a huge chunk home. But do you know by receiving a fat cheque, Allu Arjun becomes 3rd highest-paid Indian actor beating Salman Khan and Akshay Kumar?

Earlier it was said that Salman Khan too had quoted 125 crore to Sajid Nadiadwala for his upcoming film Kisi Ka Bhai Kisi Ki Jaan. The filmmaker had happily agreed to pay the handsome amount to him.

Meanwhile, during the trailer launch of Goodbye, Rashmika Mandanna gave a major hint about Pushpa 2 update. At the event, she revealed that they will begin shooting in the next couple of days for the 2nd instalment the film. On the other hand, rumours also state that Pushpa 2 is all hit the screens in next year. It is very likely to release on Makar Sakranti 2024, but there’s no confirmation on the same.

Must Read: Kisi Ka Bhai Kisi Ki Jaan: Be Prepared To Welcome Salman Khan In The Massiest Avatar You Have Ever Seen – Watch The Title Announcement Now!