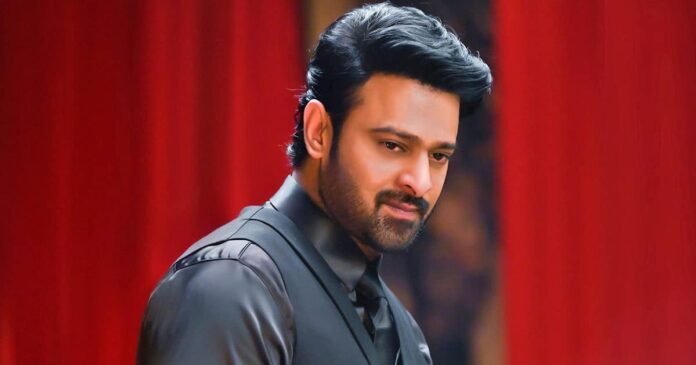 Reports about Prabhas teaming up with Bhale Bhale Magadivoy director Maruthi and RRR producer DVV Danayya have been making headlines for quite some time now. While no official announcement has been made about the same, the film is touted to be a supernatural action thriller. Prabhas, who’s currently shooting for Project K with Deepika Padukone in Hyderabad, has been on roll.

The Saaho actor’s last film Radhe Shyam opposite Pooja Hegde received mixed reviews and didn’t live up to the expectations.

Now here’s an update for all those who were waiting to know more about Prabhas’ upcoming film. According to a report in Pinkvilla, the Baahubali star is all set to begin shooting for his next with RRR makers from September, this year. Yes, you heard that right! The untitled next will go on the floors sooner than one had thought. The news has been confirmed by producer DVV Danayya.

The report reads, “Producer DVV Danayya confirmed that the movie will go on the floors in September, and will be shot completely in India. He also revealed that they are still in the process of casting for the film’s leading lady, and should lock the final name in another 10 day’s time. However, he shares that they haven’t approached anyone from Bollywood for the female lead’s part.”

On the work front, Prabhas will next be seen in the Bollywood film Adipurush opposite, Saif Ali Khan, Kriti Sanon and Sunny Singh. That apart he also has Salaar in the pipeline with Shruti Haasan. Earlier speaking about working with Prabhas, Shruti had told the portal, “I have definitely got to know the whole team more during the making of this film (Salaar). He is someone who makes you extremely comfortable to be around. He is super chilled out, super friendly, and it’s really nice to work with him.”

Must Read: Thalapathy Vijay VS Samantha To Be The Next Thrilling Addition In Lokesh Kanagaraj’s Universe Post Kaithi & Vikram?