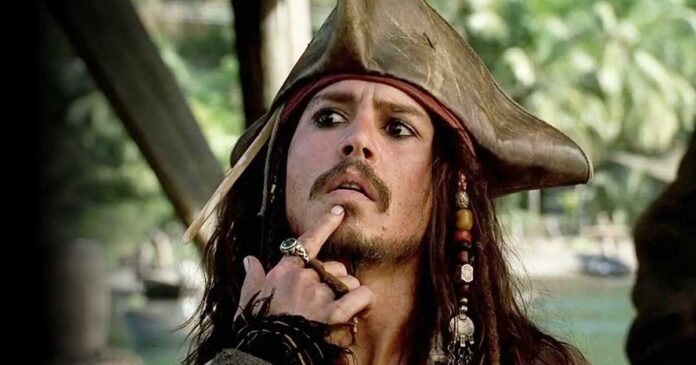 Disneyland’s Pirates of the Caribbean ride is back and present there to say “Ello mates” to all the parkgoers was the much-loved captain. And not just any Jack but Johnny Depp’s Captain Jack Sparrow. While fans there are enjoying the ride – amidst some delays and closures, we wonder if it is a major hint of Jonny’s comeback as Jack?!

For those who don’t remember (and I don’t know how –wink!), the relationship between Depp and the House of Mouse studio was strained and turned ugly amid his legal battle with ex-wife Amber Heard. With the actor coming out victorious during the recent trial, fans hope to see the actor return as Jack and seems like the studio is making efforts to.

As reported by Deadline, Disneyland’s Pirates of the Caribbean has got some minor changes including sound improvements and a bit of clean-up. The attraction’s main ‘attraction’ is without a doubt Johnny Depp as the much-loved Captain Jack Sparrow and thankfully the amusement park has retained him in it.

When the ride was shut for maintenance purposes, the biggest question was whether Johnny Depp’s Captain Jack Sparrow attraction would remain intact. This was due to Depp’s future as a franchise star being uncertain and given the bitter relationship between Disney and him the studio could have easily taken this opportunity to excise the star from the classic ride. And fans seem pleased they didn’t. So does Disney keeping Depp’s Jack intact mean he is returning as the pirate in an upcoming film? We are genuinely waiting for this comeback!

With that being said, parkgoers faced some trouble – in the form of a few technical hiccups, while enjoying the Pirates of the Caribbean ride. As per the site, the ride reportedly reopened an hour later than scheduled with a 45-minute wait. As per their sources, one reason the ride seemingly closed was for park officials to rework the area around it for better crowd flow around the attraction. As per reports, the ride closed and reopened twice before 2 p.m. however fans on social media claimed there were four temporary closures in that timeframe.

Pirates of the Caribbean Reopens TODAY – and to put to rest all of the rumors that the ride’s refurbishment might include Captain Jack Sparrow’s removal, Jack has just has been spotted STILL in action on the ride today!!#disneyland #disneylandresort #piratesofthecaribbean … pic.twitter.com/ZgF6ESpmpU

Talking about the Pirates Of The Caribbean ride, the ride has been at the California park since 1967. It was closed for refurbishment on March 14 and was originally scheduled to reopen in “summer 2022” however it was delayed. It reopened on July 1 and saw thousands of parkgoers flocking to see the Johnny Depp attraction in it.