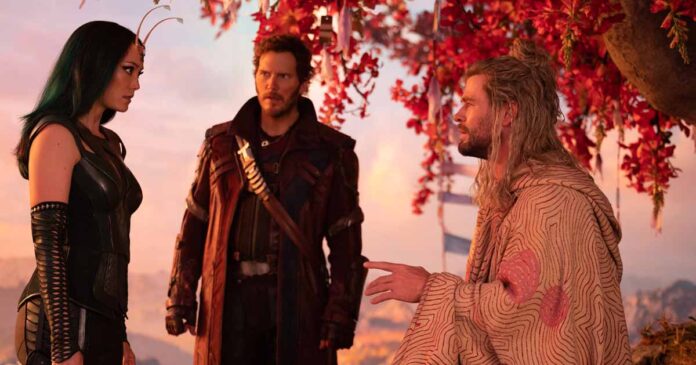 Thor: Love And Thunder starring Chris Hemsworth and Christian Bale dropped on day 2 after a thunderous start at the Indian box office. However, the good news is, that the film has picked up quite well today and put on a good total on the board. Below is all you need to know about the day 3 estimated collection.

For the unversed, the film is the fourth instalment in Thor’s film series and a sequel to the highly successful Thor: Ragnarok. Chris Hemsworth reprises his popular character of the former king of Asgard. It marks the MCU debut of Christian Bale, who plays Gorr the God butcher. As expected, it’s Bale’s portrayal that is taking away most of the praises.

In India, Thor: Ragnarok was a big success at the box office with 60 crores coming in as a lifetime. The sequel factor and Marvel’s name have definitely worked for Thor: Love And Thunder as a whopping 18.60 crores on opening day. However, as word-of-mouth has been mixed, it saw a big drop on day 2 with 12 crores* coming in. Now, Saturday has brought some sort of relief for the makers.

As per early trends flowing in, Thor: Love And Thunder is earning 16-18 crores on day 3 and it’s a big jump compared to yesterday’s 12 crores*. It’s a good sign and now Sunday is looking to score bigger, paving a way for a healthy 4-day weekend. The overall total now stands at 46.60-48.60 crores.