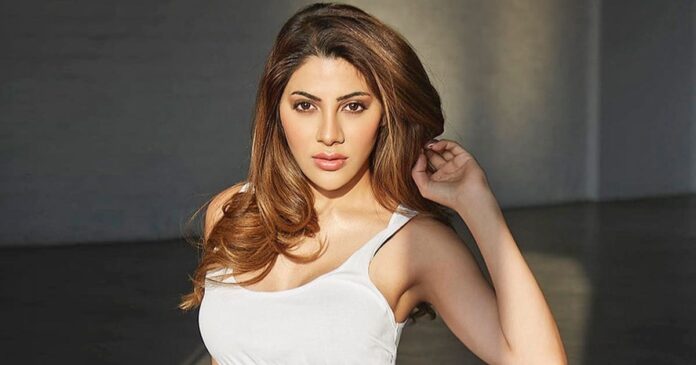 TV and south Star Nikki Tamboli now owns a huge fandom of her own since her stint on Bigg Boss season 14. The diva always manages to win our hearts with her fashion game on social media and also never backs down from speaking up her mind.

Recently, Bollywood has been being highly scrutinized by the audience and the debate on nepotism continues to stay as a fresh wound to its members. Now the Bigg Boss season 14 who also made quite some headlines for her daring stunts in Rohit Shetty’s Khatron Ke Khiladi season 11, speaks her mind on the same.

During her recent interaction with SpotboyE when asked to share her take on nepotism in the Bollywood industry, Bigg Boss fame Nikki Tamboli said, “It’s good for me to be not from the industry. I am more privileged for being an outsider. I feel I can be lambi race ka ghoda for sure. Agar aap ko privilege nhi milta toh you work harder to achieve your goal. Because you don’t have any backup if you are an outsider, you have only Plan A i.e to do the hard work. Everybody works hard no doubt all the top actors that we have struggled a lot and have gone through a lot.”

Nikki Tamboli also added, “Nepotism is all bullshit. It exists in all the fields. I don’t believe in it, I just believe in working hard and hitting the target in the right direction.”

During the same interaction, Nikki also spoke about her plans to get into the Bollywood industry. The diva claimed that she loves those perfect ‘Bollywood masala movies’ and is in no hurry to jump right into it, hence has been rejecting few projects. She wants to take her sweet time and find the right opportunity with a good actor to bang on.