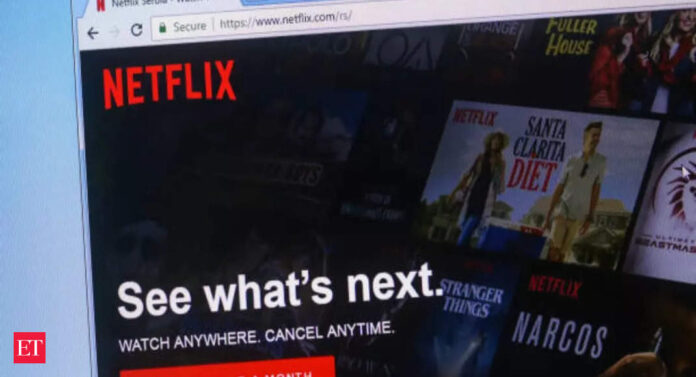 Netflix’s decision to cut costs may impact the Indian movie and soap industry, which had started paying top dollars to talent on a surge in demand from OTT platforms, and the global streaming giant’s quality of content, industry insiders said.

Most of content producers ET spoke with were of the view that Netflix had already started cutting budgets of the films and shows, and the new announcement could make things tougher.

“We are witnessing a change since the last few months as Netflix has started talking about the cost of shows, which they never did in the past,” said a top producer, requesting anonymity. “Now with global cuts announced, there will be more pressure on margins.”

Till last year, Netflix executives told producers not to think about budgets but asked for the best quality, he said. “They have shelved shows, which didn’t meet their expectations, after spending over Rs 150 crore in that,” the producer said. “But now they are coming up with budgets which are not even comparable to what Amazon Prime and Disney+Hotstar is offering for a similar project.”

After announcing its global results for the first quarter ended in March, when the company for the first time in over a decade posted a drop in subscriber numbers, Netflix COO and chief product officer Greg Peters had said in an investor call that the company is pulling back on some spend growth across both content and non-content spend. “But still growing our spend and still investing aggressively into that long-term opportunity,” he had said.

Indian producers and analysts feel the impact of cost-cutting will be bigger in India, which is not one of the big markets for Netflix and is one where it had to reduce prices to get subscribers, possibly leading to a decline in its content quality and popularity compared with its competitors.

Morale of its employees already seems down.

“Earlier this year, Reed Hastings (cofounder and co-CEO of Netflix) said that it was frustrating to see that they were not as successful in India as other markets. And since then, while they have been trying to get the content right, it’s far from achieving the target,” a former Netflix employee said on condition of anonymity.

“The bigger problem today is that all or most of the hiring is frozen, there are no increments or promotions,” the person said. “Even the Singapore office has seen senior level exits. The growth is getting capped.”

A senior industry leader said that while two years back, everyone wanted to work with Netflix, today that’s not the case anymore. “It’s not just India…globally also, they are losing top creators to competition.”

In India, top creators are moving to rival platforms such as Amazon Prime Video or Disney+Hotstar, Sony LIV and Zee5, the person said. “Everyone seems to have upped their game, except Netflix.”