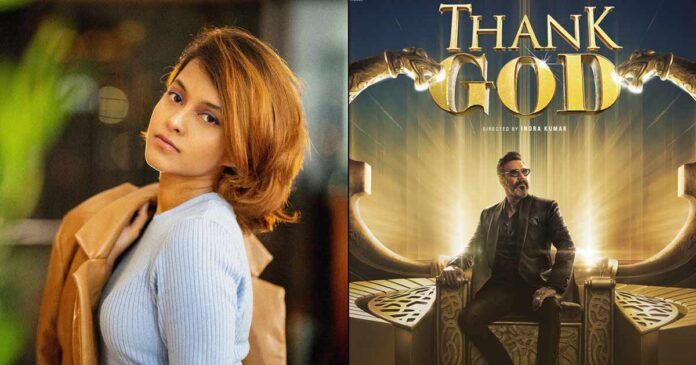 The singer said that it was quite challenging for her to record the song in Hindi.

“Learning the language was the biggest challenge,” she said.

Yohani added: “I have grown up listening to Hindi music, but making a real movie track is very different. I am essentially the voice of another actress. The pronunciation, texture, dynamics change completely when recording and it was my first time doing something like that.”

The singer gave credit to the entire team for supporting her through this journey.

“I had to record many times to achieve the correct pronunciation and the emotions that were required, but the team’s encouragement made it all seem enjoyable,” she said.

The song has been composed by Tanishk Bagchi, who is well-known for tracks such as ‘Bolna’ (Kapoor & Sons) and ‘Ve Maahi’ (‘Kesari’).

Speaking about introducing Yohani to Bollywood and making the song part of the movie, Bagchi said, “‘Manike’ is a peppy song that swept the Internet, and it goes very well with the setting of the film.”

He added: “Today, a variety of artistes are doing their own gigs, and people welcome new singers and their unique styles with open arms. New flavours have been added to the song, taking it one notch higher. Yohani has great talent and potential, and working with her was a totally new experience as she also had a lot to offer.”

On how it was working with Bagchi, Yohani said: “I have always been a fan of Tanishk Bagchi’s music and it was a dream come true to collaborate with him. Even though I’m away from home and learning a new language, everyone makes me feel at home. I look forward to working on many more projects with him.”

Ajay Devgn’s Thank God will be releasing in October and will also star Sidharth Malhotra, Rakul Preet Singh and more.

Must Read: When Hrithik Roshan Joked About Failing With Main Prem Ki Deewani Hoon, Mimicked His Iconic “Oh No! Aunty No” Dialogue To Make Fun Of His Character