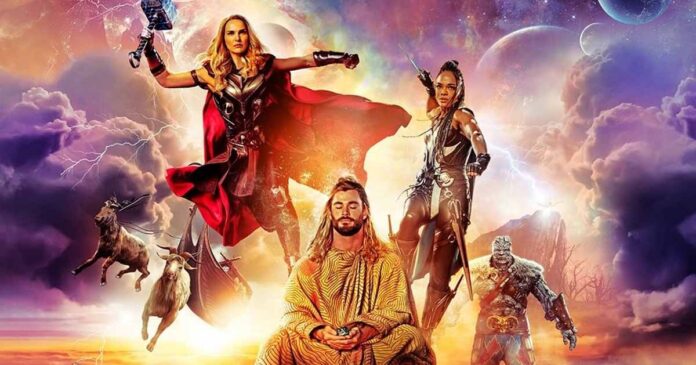 Thor: Love And Thunder Box Office Day 2 Early Trends: Chris Hemsworth and Natalie Portman starrer were one of the most anticipated films ever since it was announced. Co-starring Christian Bale, Tessa Thompson, Taika Waititi, Vin Diesel, Chris Pratt, Bradley Cooper, Russell Crowe, Dave Bautista and others, the film is directed by Taika Waititi. The film which was released on July 7 in India has been receiving mixed reviews from critics and its audience.

This afternoon, we also told you that with its opening day collections it broke and created many records. As informed earlier, Thor: Love and Thunder became 5th highest Hollywood opener in India.

As per the early trends flowing in, Chris Hemsworth has managed to spell some magic and attract more audience to theatres. As per online reports, Thor has garnered love worth 12-14 crore*. With the latest collections, the film now stands at 30.60-32.60 crore in just two days. The film collected a total sum of 18.60 crore on the opening day of its release at Indian box office.

Well, the 50 crore mark looks like a piece of cake for Thor: Love And Thunder.

With its opening day, Thor: Love And Thunder have become the 5th biggest Hollywood opener in India. The top 4 films that have grabbed the first four spots are Avengers Endgame (2019) which earned 53.10 cr on its opening day, followed by 2021 release Spider-Man which garnered 32.67 cr on Day 1 and the 2018 release Avengers Infinity War and the 2022 release Doctor Strange which collected, 31.30 cr and 27.50 cr, respectively on the first day of their release.

Looks like, in the coming week Thor will set a new benchmark and cross 100 crore mark, just in India. Don’t you think so? Well, let’s wait and watch!