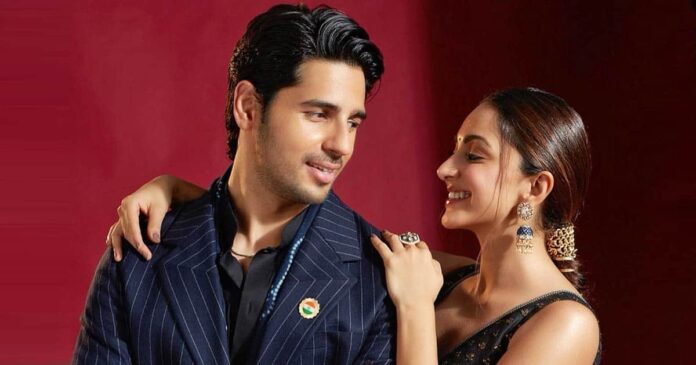 Sidharth Malhotra and Kiara Advani are one of the most adorable couples in Bollywood. The two have been dating for quite a while now and the couple enjoys a huge fan following on social media. From their date night spottings to their red carpet appearances, they never miss an opportunity to give couple goals to their fans. Earlier today, Sid and Kiara were spotted at the airport as they returned from their vacation and now netizens are reacting to their video. Scroll below to watch the two lovebirds.

Both Kiara and Sid have a massive fan following on social media with the actress having over 24 million followers on Instagram and the actor over 19 million followers. Time and again, they’ve made public appearances together and won the hearts of their fans on the photo-sharing site.

Earlier today, Sidharth Malhotra and Kiara Advani made an appearance at the Mumbai airport together. The couple was dressed casually with Sid wearing track pants with a blue pullover and Kiara wearing a pair of denim jeans with a green coloured pullover.

Aren’t these two absolute cuties! Our hearts are melting looking at them.

What are your thoughts on Sid and Kiara making a stunning appearance together at the airport? Tell us in the comments below.

Must Read: Meera Chopra Joins The ‘Kaali’ Criticism, Says, “If This Is What People Think Liberation Means …”