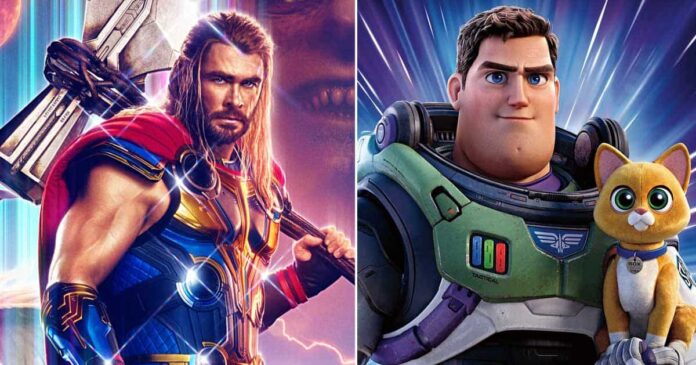 According to ‘Variety’, a minister said on Wednesday that the government is committed to curtailing gay culture. Both ‘Thor‘ and Pixar animated film ‘Lightyear’ were submitted by distributor Disney for classification and censorship by the country’s Film Censorship Board (LPF).

In both cases, the LPF asked for cuts that the studio chose not to make, effectively depriving the pictures of a theatrical release.

‘Lightyear’ was banned in 16 or more Muslim-majority countries.

Deputy Communications and Multimedia Minister Zahidi Zainul Abidin, said in a statement accessed by ‘Variety’, “Recently there was a film that did not pass censorship, that is the new ‘Thor’ film. (The movie) touched on LGBT but we see right now there are many films with LGBT elements that slip past the censorship.”

‘Variety’ further states that Zahidi said that the government and the religious department (correctly known as Islamic Affairs Department or JAKIM), were committed to curtailing the spread of LGBT culture in the country. He blamed foreign elements for the problem, claimed that LGBT films were becoming more subtle in their methods and asked for public vigilance.

“I am frustrated because the outside world was the one promoting LGBT,” he said responding to a question in Parliament. Zahidi said the government was always monitoring films and social media platforms for LGBT content and “would take severe action against individuals found promoting such elements.”

Must Read: Chris Evans Was Eyed To Play A Talking P*nis In Pam & Tommy, Reveals Marvel Co-Star Sebastian Stan: “I Can’t Ask Him To Do This”