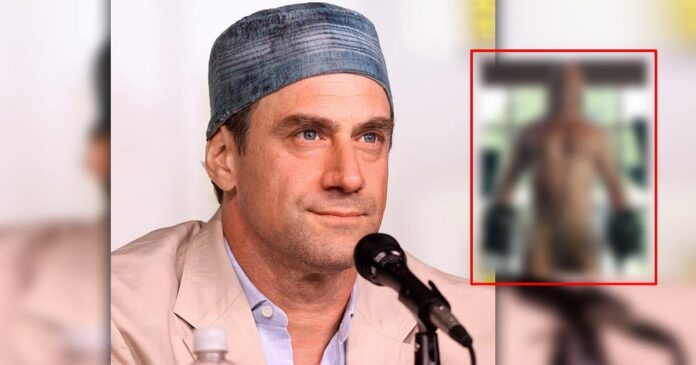 ‘Law & Order: Special Victims Unit’ actor Christopher Meloni treated fans to his beefed-up body as he stripped down to his birthday suit for a fitness company’s newest advertisement video.

In the commercial released via the brand’s YouTube channel, the 61-year-old could be seen doing his workout routine with his private parts being censored in pixels.

“Apparently some people think the way I work out is strange. Honestly, I don’t get it,” Christopher Meloni quipped in the footage, reports aceshowbiz.com.

Shout out to the wardrobe dept on this one. Those socks were amazing. #NationalNudeDay @onepeloton

The veteran actor then continued with his exercises, which included meditating, yoga and kickboxing.

“Me, I don’t think using the Peloton app is strange at all,” Christopher Meloni went on reasoning.

“Sure, they’re famous for their amazing equipment, but the app gets me motivated to do lots of different workouts.”

At one point in the ad, a n*ked Christopher Meloni went for an outdoor run in a park, baffling a couple along the way. Their dog, in the meantime, could be seen barking loudly at the ‘Marauders’ actor.

Cheekily, the commercial video translated the bark with subtitle that read: “Wow! He really does have a great app!”

The fitness ad concluded with a modification of ‘Law & Order’ iconic intro.

“In the Peloton community, users are represented by two separate, yet equally motivated groups,” a narrator could be heard stating at the end.

“Those who wear pants, and Christopher Meloni.”

Must Read: Angelina Jolie & Brad Pitt’s UNSEEN Picture From Their Lavish Wedding In France With Their Kids Will Make You Believe That They Were Really Made For Each Other!