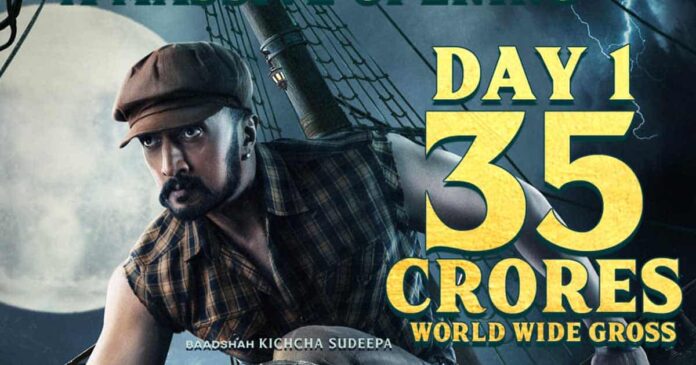 Kichcha Sudeep’s Vikrant Rona has been in the news since the time its first poster was announced and now that it has been released, the box office numbers of the films are shooting for the stars! The film had a humongous opening of 35 Crores Worldwide and there is no doubt why!

Vikrant Rona is currently the talking point of the industry today. The audience is overwhelmed in love with Vikrant Rona’s trance and Kichcha Sudeep’s on-screen magic. With more than 800 artists used to create the VFX effect in Vikrant Rona, The film is a visual marvel. Anup Bhandari has done a marvelous job with the cinematography and the audience is in awe of it.

‘Vikrant Rona’ has released worldwide in 3D on July 28th, starring Kichcha Sudeep, directed by Anup Bhandari, also starring Jacqueline Fernandez, Nirup Bhandari, and Neetha Ashok is presented by Salman Khan Films, Zee Studios, and Kichcha Creatiions in North India produced by Jack Manjunath under his production Shalini Artss, and co-produced by Alankar Pandian of Invenio Origins the film. The film will be distributed in North India by PVR Pictures.

Must Read: Salman Khan Chooses Katrina Kaif Over Jacqueline Fernandez As A Better Dancer After Riteish Deshmukh Showered Praises On The Kick Actress