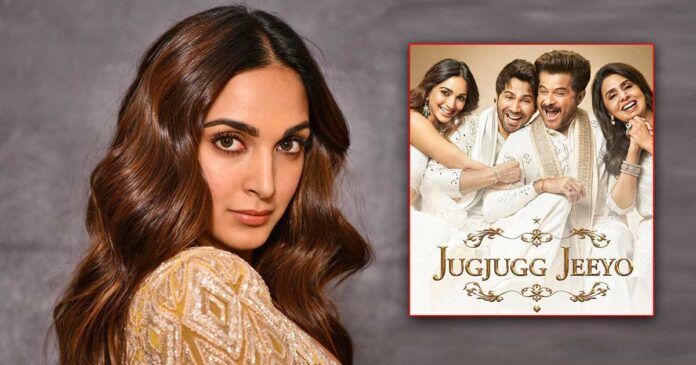 While her last two films ‘Shershaah’ and ‘Bhool Bhulaiyaa 2’ were loved by critics and audiences alike, Bollywood actress Kiara Advani, who is gearing up for her next ‘Jugjugg Jeeyo’, says the main problem in new-age relationships is not having deep conversations to understand each other’s perspective.

She shares how the upcoming film is doing just that with the right doses of entertainment.

In conversation with IANS, Kiara opens up on her recent success and her upcoming film where she says her character is the closest to her own personality.

Asked how she is taking in the recent success and Kiara Advani told IANS: “Of course, my heart is filled with gratitude but it is overwhelming as well at the same time. I mean everyone loved Dimple from ‘Shershaah’ and the box office result shows how much our audience loved ‘Bhool Bhulaiyaa 2’. This is so surreal for me to get so much love from our fans, really! I always had faith in both the films but the great thing is, it matched the expectation of the audience too!”

In the upcoming film ‘Jugjugg Jeeyo‘ Kiara is playing a modern young woman who is married to her childhood sweetheart and yet on verge of divorce.

Sharing her thoughts on divorce which is otherwise stigmatised by society, Kiara Advani said, “I think in our film, we are exactly addressing that, how complicated new-age relationship is; how a marriage between two lovers turned into divorce, only because of lack of deep communication.”

She went on adding, “When we fight with our lovers, we tend to establish how we are right, instead of understanding the other side of the story; of course, ego comes in between. For us, we are constantly balancing between professional and personal life. Many times we tend to move on from a regular fight just to handle a temporary situation. The crack in a relationship starts from there.”

The actress says she along with the director of the film Raj Mehta and her co-star Varun Dhawan had multiple brainstorming sessions to bring the topic right to the table.

Sharing how her character Naina is close to her own personality, Kiara said, ” I think she represents the modern Indian woman. A woman does not have to feel guilty to have the ambition to be a CEO of a company and at the same time the wife of her husband and the daughter of her parents. It is equality; because the same thing even men are doing and no one is questioning how they are balancing. I strongly believe in the same philosophy.”

“I also believe that men always do not have to be the sole provider of a family, financial responsibility should be divided, so as emotional expectation. Since Naina is the believer of the same, this is the closest to who I am in real life,” added the actress.

On the personal front, Kiara Advani is rumoured to be dating her Shershaah co-star Sidharth Malhotra. The couple was recently seen stealing eyes at an award show. A couple of inside pictures and videos surfaced on the web which took the social media by storm in no time. The couple has neither confirmed nor denied their alleged love affair.