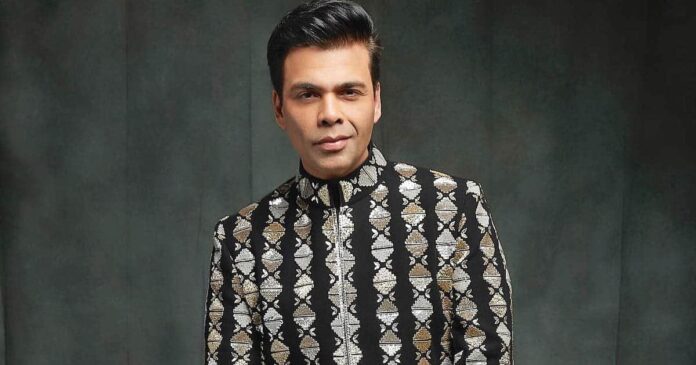 Filmmaker Karan Johar hosted talked show Koffee with Karan season 7 began in July. Since then several celebs came on the show and given us more masala on their personal lives streaming online. Tiger Shroff and Kriti Sanon were the latest guests on the talk show.

In the latest episode, Tiger made some revelations. The action star finally revealed his relationship status and went ahead to manifest a name that very few have linked with him. Not just that host Karan too made some revelations about his personal life. Scroll down to know more.

During the Rapid Fire round of the Koffee with Karan, Karan Johar asked Tiger Shroff, “The weirdest place you have made out at is?” to which the star replied, “I mean it’s not weird but I thought it was pretty adventurous of me, up in the air.”

The filmmaker-host then joined and said, “Oh! Mile high club? You are a member. I don’t know how people do it. We will chat after the show. There was an endeavour made but (looking at Kriti Sanon ‘you know I’m a big boy’) the tiny loo wasn’t big enough. No, with my luck I also nearly got caught so it was a bit of a messy scenario.”

Sitting cool behind his coloured shades, Tiger Shroff in the episode or Koffee with Karan 7 admitted, “I am single. I think so at least and I am currently looking around.” He did not stop there. He went ahead to manifest a name as well. “I have always been infatuated by Shraddha Kapoor. I think she is great!” the star said to Karan Johar..

For the unversed, Tiger and Shraddha have worked together in Baaghi which went on to become a success at the box office. The two came together for the third installment of the franchise but failed to recreate the same magic.