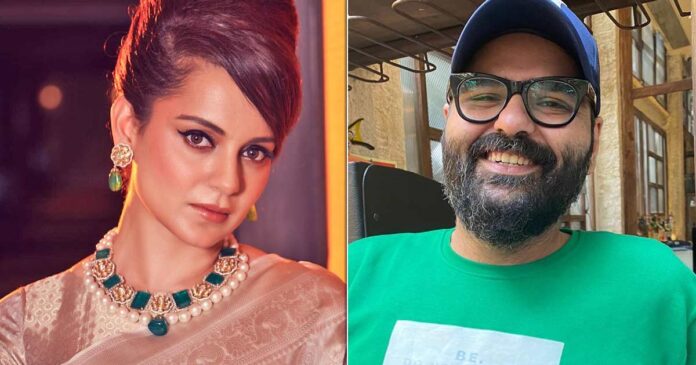 Ever since Ayan Mukerji’s Brahmastra hit the big screens on September 9, Kangana Ranaut has been on roll. Right from its release date, to its first-weekend box office numbers, the actress has been questioning the film’s collections while slamming the makers left, right and centre. In her series of Insta stories, the actress took a jibe not only at the leading star cast – Ranbir Kapoor, Alia Bhatt, but also at producer Karan Johar and the film’s budget.

The Manikarnika actress took to Insta stories to call out makers for revealing the fake collections. The actress has not only called it 60-70% fake, but also stated that it is not made with a budget of 410 crore but in 650 crore.

Now making a joke on the same, comedian Kunal Kamra took to Twitter to Tweet about Kangana Ranaut’s criticism against Brahmastra. He Tweeted, “Kangana thinks like ED, NIA, CBI, Dharma productions is also under central government.” Recently, we told you about Kangana Ranaut’s Insta stories where she said that she wants to interview Karan Johar.

Taking to Insta story, she wrote, “I want to interview Karan Johar and understand why he is declaring the gross collection of Brahmastra and not the net collection. What is the desperation? Also, after making 60 cr (that’s the net collection they have declared. I don’t believe in this number, but the net amount India is 60 cr for two days according to them). Even if we believe them, how come a 650 cr film has emerged as a hit already?”

Coming back, Brahmastra has already collected 138 crores within first 4 days of its release.