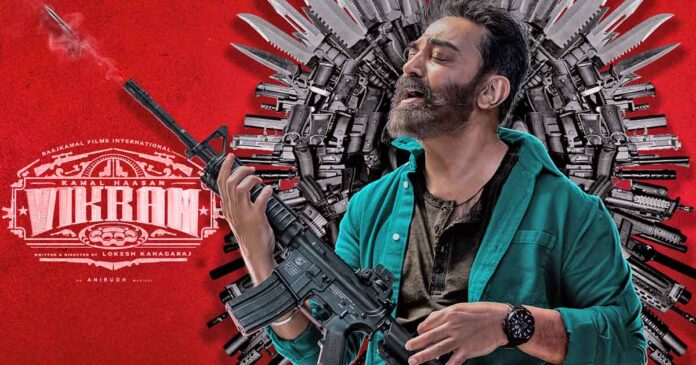 The film, which continues to draw crowds to theatres despite having been released on OTT from July 8, has already grossed over Rs 400 crore from its box office collections worldwide.

Written and directed by Lokesh Kanagaraj, the explosive action thriller Vikram featuring Kamal had its worldwide theatrical release on June 3, 2022.

A delighted Kamal Haasan took to social media to thank fans for the film’s success. Posting an audio clip on Twitter, Kamal Haasan said: “With the support accorded by fans, ‘Vikram’ has now touched the 100-day mark in theatres. I am very happy. In my heart, I hug each and every one of you who have been admiring me beyond generations. My heartfelt thanks to each and every person who was responsible for ‘Vikram”s victory. My wishes and love to younger brother Lokesh.”

‘Vikram’, which has been showered with praises from people, continues to hog the spotlight. The movie hasn’t just impressed Indian trade circles, but has left International markets awestruck as well.

Must Read: Ponniyin Selvan 1: Rajinikanth & Kamal Haasan Come Together To Launch The Trailer Of Mani Ratnam’s Magnum Opus Making It “Two Legends In One Frame” Scene