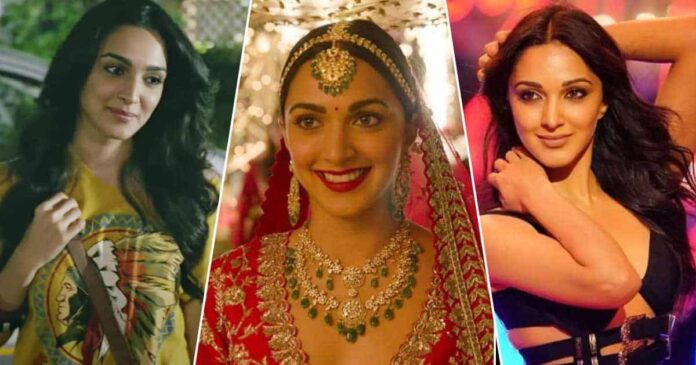 Kiara Advani is soaring new heights at the box office and how! The Fugly girl has come a long way and call it luck or wise film selection, she is witnessing back-to-back big successes at ticket windows. Kiara is just 8 films (theatrical releases only) old in Bollywood and it’s quite exciting that she’s already on her way to joining the 1000 crore club. Scroll below to know everything about her big feat.

It was 2014, the actress made her Bollywood debut with Fugly, which was jointly produced by Akshay Kumar. The film tanked at the box office but earned her decent fame for her glamorous look. It’s through her second film MS Dhoni – The Untold Story, that Kiara made name for herself and even the film turned out to be a big success. Then came her Machine which flopped, but post that, there’s no looking back.

In her career, Kiara Advani has been a part of four 100-crore films, out of which two even crossed 200 crore mark. Her Bhool Bhulaiyaa 2 is still running in theatres and has done a tremendous business of over 180 crores. Speaking of her latest release, JugJugg Jeeyo is faring well at the box office with positive word-of-mouth.

With all these big successes, Kiara Advani is all set to achieve a unique feat as the combined total of her films will be soon touching the 1000 crore club. Yes, you read that right! JugJugg Jeeyo is Kiara’s 8th theatrical release and has already accumulated a number of over 880 crores. Have a look at it below:

Kiara will be seen in Govinda Naam Mera alongside Vicky Kaushal and in Shankar’s next alongside Ram Charan. So, expect entry into the club of 1000 crores soon!

Stay tuned to Koimoi for more such box office stories.

Must Read: JugJugg Jeeyo Box Office: Brings Back The Families To Theatres Scoring The 3rd Highest Opening Weekend Amongst Hindi Films In Overseas