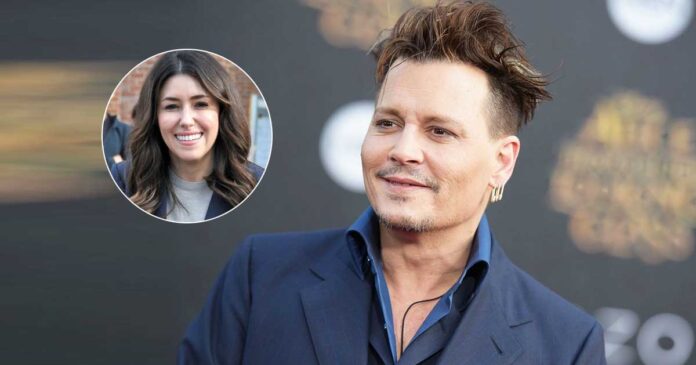 Looks like love is indeed in the air for Johnny Depp after his failed romance with Amber Heard. Ever since the Pirates Of The Caribbean actor won the defamation case against his ex-wife in June, this year, he has once again been making headlines owing to his personal life. Earlier reports suggested that the actor is dating Camille Vasquez, who was one of the attorneys representing him in the defamation trials.

However later, other media reports suggested that there was absolutely brewing nothing between them than a professional relationship. The attorney had also reacted to her dating rumours to Depp calling it an ‘unethical charge’. But looks like his love affair rumours with Vasquez were indeed untrue. As we bring you the latest update.

According to the latest media reports, Johnny Depp has indeed found love in a lawyer who is not Camille Vasquez but Joelle Rich. Yes, you heard that right. Reportedly, the Transcendence actor is dating lawyer Joelle Rich who represented him in his UK libel lawsuit against a portal, The Sun. For the unversed, the actor had sued the portal for tagging him as a wife-beater. However, Depp lost that case after Amber Heard’s allegation about her ex-husband turned out to be “substantially true.”

Coming back, according to a report in US Weekly Magazine, Johnny Depp and lawyer Joelle Rich have found solace in each other. A source close to the new lovebirds confirmed to the leading portal, “Their chemistry is off the charts,” adding “It’s serious between them. They are the real deal.”

The report further states that Johnny Depp’s new love interest Joelle Rich is currently separated from her husband with whom she shared two children. But the lawyer was very much married when she had met Depp.

Well! We’re sure this piece of news is going to leave fans all excited, even those who have been linking him to Camille Vasquez. What are your thoughts on Depp’s newfound love?

Must Read: Adam Levine’s Pregnant Wife Behati Prinsloo Is “Shocked To Find Out What Was Going On” Amid Her Husband’s Cheating Rumours With Sumner Stroh?