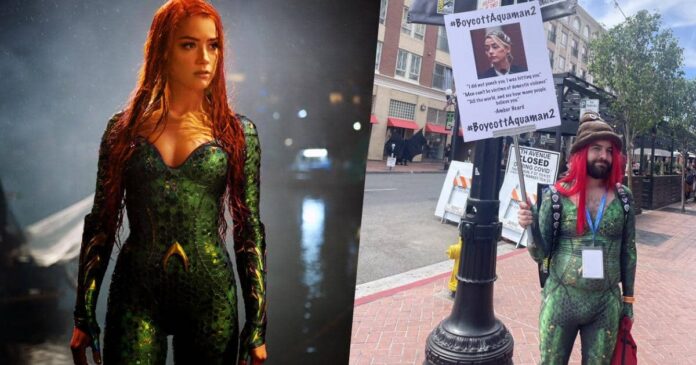 Amber Heard and Johnny Depp continue to battle their legal war. The verdict of the defamation trial was pronounced last month and both parties were ordered to pay damages with respect to their wrongdoings. Overall, it was the Pirates Of The Caribbean star who won the case and is set to receive a sum of $10.35 million from his ex-wife. But they’ve both appealed the verdicts that were not in favour of them.

It was Johnny who faced a lot of loss after he was accused of domestic violence. The Pirates Of The Caribbean franchise – which was led by him, is now being made with Margot Robbie in lead. On the other hand, he was ousted from Fantastic Beasts and currently has no work on the acting front.

But despite the verdict of the defamation trial, Johnny Depp fans are irked that Amber Heard continues to be a part of Aquaman 2. Netizens have been signing a petition which has already crossed 4.6 million signatures but no action has been taken by the DC officials.

Owing to the same, a Johnny Depp fan dressed as Amber Heard’s Aquaman character Mera at Comic Con – which is happening at San Diego. The individual could be seen wearing the signature green shimmery outfit and donned red hair. What remained unusual was the poop hat after the faeces incident that was revealed during the defamation trial.

The man in question held a placard in his hand protesting against Amber Heard in Aquaman 2. The pictures are viral all over social media and Johnny Depp fans are standing in his support.

Check out the viral picture below: