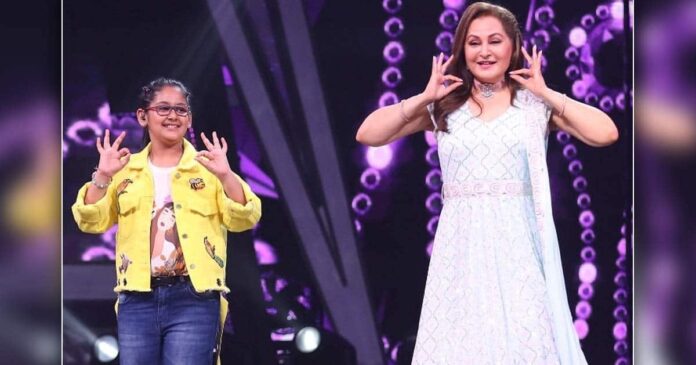 Jaya says: “Samaira, I love you. I have no idea how you sang this song, as no one else can sing it the way Asha ji did. It’s difficult as a child to sing this because of the music’s high tempo, but I have heard that you write down songs as you rehearse them.”

Jaya Prada further shares that the way she writes down songs while rehearsing is similarly Jaya used to write down her dialogues.

“This is quite similar to how I used to write down my dialogues and rehearse it at home. This was the best performance given by you. Lata ji, Asha ji, and Bappi Da’s songs have always been quite popular in my films and hold a special place for me in my life. Samaira, you sang this song beautifully. Hats off to you,” Jaya Prada concludes.

Must Read: Shekhar Suman Slams Today’s Comedy Saying It’s All About Roasting People: “Do Something Stupid, Moronic, Become A Woman, Dog, Anything!”