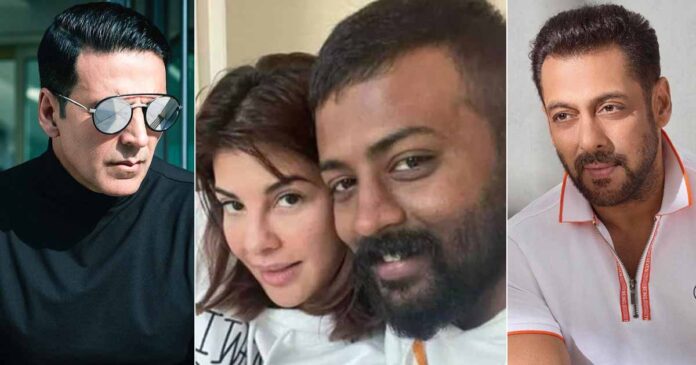 Jacqueline Fernandes has fallen in a lot of trouble over her association with Sukesh Chandrashekhar. While their exact nature of relationship has not been revealed, their private moments did surface online making many believe that they were romantically involved. The conman had given some really luxurious presents to the Bollywood star which have now been seized under the 200 crore extortion case. But did Salman Khan and Akshay Kumar always warn her to stay away? Scroll below for details.

As most know, Salman Khan is really close to Jacqueline and has always had her back. Whether it was roping her into his biggies like Kick and Race 3 or spending time at his farmhouse, she’s been one of his closest friends. On the other hand, Fernandes is also good friends with Akshay as they have worked in multiple films together including the Housefull franchise, Brothers and Bachchhan Paandey amongst others.

As per a report by Free Press Journal, Jacqueline Fernandes was advised by Salman Khan and Akshay Kumar to stay away from Sukesh Chandrashekhar. A senior police official told the development, “She was advised by her co-stars to be wary of Sukesh but she continued meeting him and accepting expensive gifts like cars and pedigree pets.”

Jacqueline Fernandes also told the police that she was unaware of Sukesh Chandrashekhar’s marital status and was told that he was in a live-in with Leena Maria Paul. The actress was asked 50 written questions and 75 verbal questions. She was also made to sit face to face with Pinky Irani but both accused each other of hiding the truth.

Pinky Irani also revealed that she had delivered a Tiffany diamond ring to Jacqueline Fernandes as a proposal ring, which had J and S initials inscribed over it.