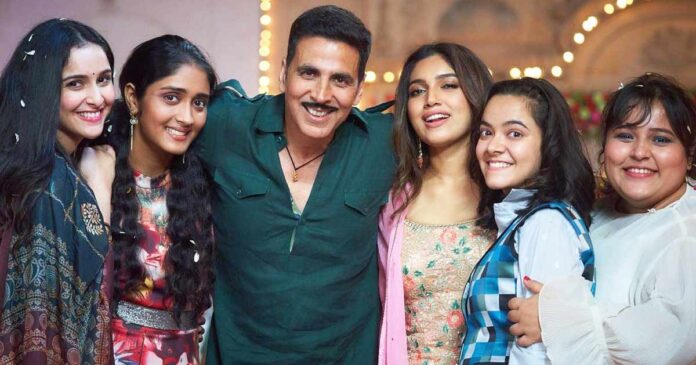 Raksha Bandhan Box Office Day 9 (Early Trends): Akshay Kumar-led comedy-drama was released on Thursday with much fanfare and was expected to run on theatre screens till Vijay Deverakonda’s Liger. However, the film failed to impress the audience.

In spite of massive marketing and promotional activity, Aanand L Rai directorial only managed to collect Rs 28.61 crores during the extended weekend. Independence day holiday collections were recorded at Rs 6.31 crores only. The film then went down in the dumps since Tuesday and has been sailing at the lower side.

Now Raksha Bandhan’s collection stands at Rs 38.72 crores*. Ideally, this should have been the first three-day collection. Now the film is likely to earn around less than Rs 40 crores lifetime. Since Taapsee Pannu’s film Dobaaraa is releasing today, Khiladi Kumar starrer will have a limited amount of screens.

Anurag Kashyap’s film may very well be a swan song of Akshay Kumar‘s film at the box office. As early trade reports are coming in, Raksha Bandhan earned around Rs 75 Lakhs – 1 crore on Friday. The collection would hardly make any difference to the overall collections of the film.

Ahead of the theatrical release of Khiladi Kumar’s film, the makers announced that the film’s OTT release has been deferred by a few months. Now one waits to see if that still holds true or the film may as well arrive early on digitally.

It is also worth pointing out that Raksha Bandhan also becomes Akshay Kumar’s third film that underperformed at the box office after Bachchhan Paandey and Samrat Prithviraj. Aamir Khan’s Laal Singh Chaddha, which was also released on the same day, is also underperforming at the box office.

For more updates on the Box office, tune into Koimoi.