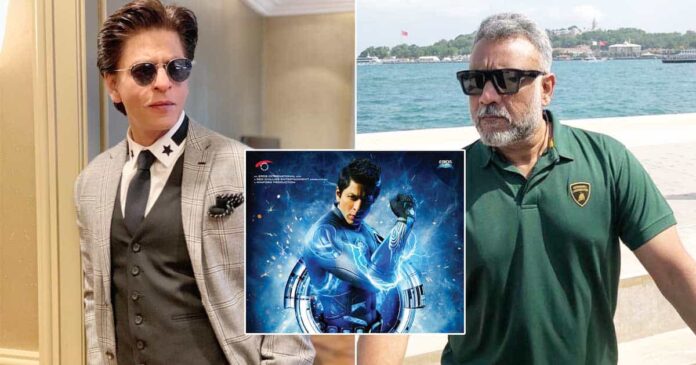 Shah Rukh Khan is King Khan for a reason. The actor, no matter how many times he fails, never gives up on producing and acting in some fresh stories. His Ra.One was one such unique experiment, which sadly underperformed at the box office. Speaking about the same, director Anubhav Sinha had once made shocking comments.

For the unversed, Ra.One was made at a budget of over 100 crores. It got trolled for its weak screenplay and half-baked plot. However, no matter how much criticism it received, the film did bring revolution to the Indian film industry as far as VFX work is concerned. It raised the standard of technicality. The film got viewers divided into two groups- hardcore haters and hardcore lovers.

Once, while talking on The Slow Interview with Neelesh Mishra, director Anubhav Sinha revealed that during Ra.One there was a wave of negativity in the industry. He said that most of the industry people, even Shah Rukh Khan’s own friends, wanted the star to flop once. Anubhav said that he doesn’t know the reason but the negativity was quite visible.

He said, “I believe, industry people wanted Shah Rukh Khan to flop once. They desperately wanted him to flop.” Without taking the name of Shirish Kunder, he also said that one of Khan’s one friend tweeted “100 crores firecracker fizzled.”

Anubhav Sinha further stated that despite Ra.One’s underperformance at the box office, his relations with Shah Rukh are still good and state that no one can replace or be like him. “You Cannot be Shah Rukh Khan. Shah Rukh can continue to make flops for 15 years but he will still be Shah Rukh,” the Article 15 director added.

Must Read: Varun Dhawan Was Called ‘Chauvinist’ By Kiara Advani On JugJugg Jeeyo Sets, Had Replied “…Your Brother & Father Think The Same Way”