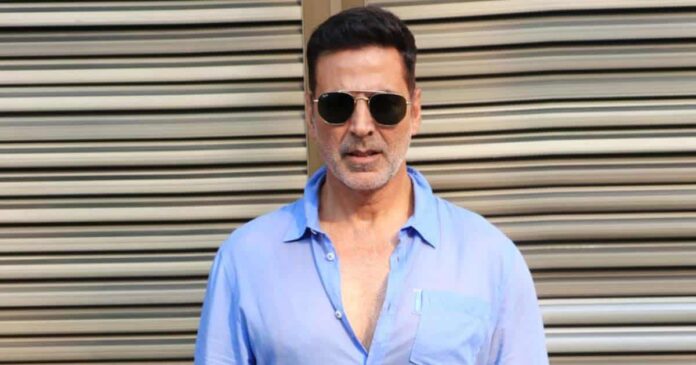 Bollywood star Akshay Kumar says even though comedy is his favourite genre, he loves experimenting with characters and is in a constant chase for new things.

“Though comedy is my favourite genre, I love experimenting with different roles. I have a hunger for this, I constantly chase the new. So one could say I am a very greedy kind of a person when it comes to work,” Akshay said.

Akshay Kumar’s film ‘Bachchhan Paandey’ is set to have its world television premiere on Zee Cinema on July 31. He says the movie is a “mass entertainer”.

Akshay Kumar added: “I’ve taken up a film like this after a long time. Not only does it sketch out the hero to be an unconventional villain but also, the whole film outlines a fresh narrative for the audience to just sit back and enjoy.”

Akshay’s co-star Arshad Warsi added that ‘Bachchhan Paandey’ is the kind of film he would definitely watch.

Arshad Warsi added: “It is light-hearted, with thrill, drama, and greatly written characters. Comedy is one of the most difficult genres there is; one has to have impeccable timing with the punchlines and sense of humour to make it look effortless. But my aim, always, is to get into the character so much that I make you forget who I am. I make you forget what my previous one was, and that works for me. It’s always a breeze collaborating with Akshay Kumar.

“He is a great person at heart. I think that is one of the reasons he just goes on and on and on. Everybody wants to cast him because he is absolutely trouble-free. Apart from that, Bachchhan Paandey also gave me the opportunity to work with beautiful Kriti Sanon. She is a joy to work with, so hardworking and extremely sincere.”

‘Bachchhan Paandey’ is action comedy film directed by Farhad Samji. It also stars Kriti Sanon and Jacqueline Fernandez. It is a remake of the 2014 Tamil film ‘Jigarthanda’.