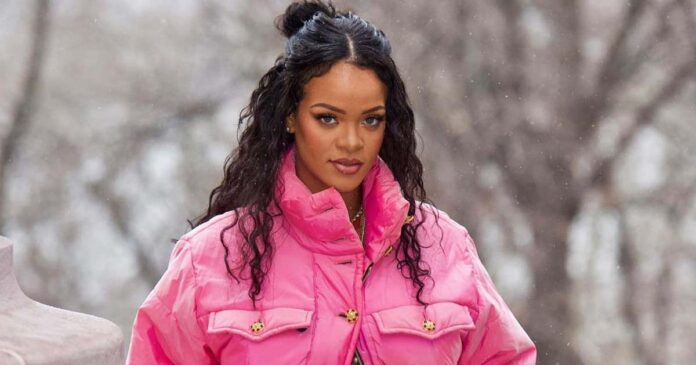 Rihanna is a trendsetter when it comes to fashion but that is not the only thing that she is famous for. Of course, there is her exceptional music but other than that, she is also well known amongst the fans for her boss girl attitude which has always been a fascination for the audience. She does not shy away from putting her thoughts forth no matter how controversial they may get and that is exactly what she did back in 2009 when her n*des leaked all over the internet.

For the unversed, Ri was previously in the news when she gave birth to a baby boy with her beau A$AP Rocky. The singer had a strong maternity fashion game and she did not shy away from flaunting her belly either. However, it also went kinda south for the couple when they were in the middle of a cheating scandal. It was reported that A$AP cheated on Ri while she was carrying his baby but they put these rumours to rest when they made a public appearance together just a few days later.

In the year 2009, Rihanna’s n*des, which she had sent to her ex-boyfriend Chris Brown, were leaked all over the internet and rumour has it that his team was behind the leak. However, what we are trying to tell you is not the event itself but how Ri decided to own it up and treat it like the irrelevant thing that it was.

In a conversation with The Sun, Rihanna did admit that it was humiliating but said, “If you don’t send your boyfriend n*ked pictures, then I feel bad for him… Every woman should have n*ked pictures taken. In five years my body might not look like this.”

“I’ve always been borderline ra*nchy and a little s*xy. But s*xy at 19 and s*xy at 21 are two different things. I’m just having fun.”, Rihanna added.