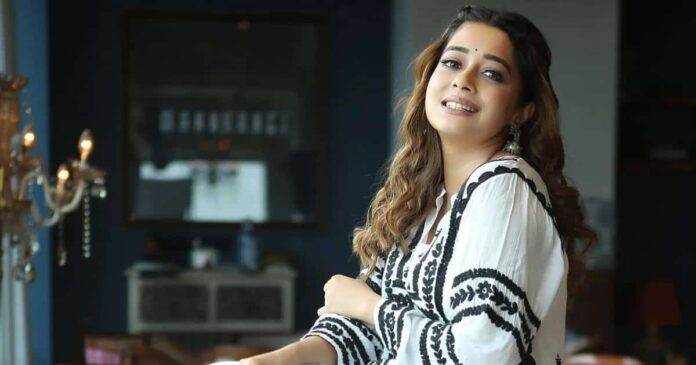 Actress Tina Datta amassed a fan following like no one else when she made her break through with Uttaran. She played a Ichcha and then her daughter Meethi in the show that spanned over 6 years and still enjoys a loyal fan following. Post Uttaran, Tina went on to do shows like Khatron Ke Khiladi 7, Karamphal Daata Shani and Daayan among others. She also made her digital debut with Naxalbari in 2020 but has been missing from the television screens ever since. And with loyal fans also waiting for the actress to make her comeback, we questioned Tina Dutta on what’s taking her this long to take up a TV show.

And she reveals, “I have been away from Television for sometime now. And I miss it. But I am picky about my work. I am very very picky about the kind of characters that I am portraying. I don’t want to do anything just for the heck of it or for the money. But of course if the character is gripping, or it is challenging, then why not?”

Revealing the qualities that she looks for in a TV show, Tina Dutta states, “I have a few boxes that need to be ticked before I take up a project. First and foremost, the character needs to be really nice, the production house should be a good and credible one and of course the channel and the prime time does play a very important role as well.”

Now that Tina Dutta has done it all (films, Television and Digital) we asked her if she’d be okay to go back to doing a daily soap. And unlike the common answer that one gets from TV actors these days, Tina has no issues going back to her roots. “I would love to do a daily soap. More importantly, I would love to work with Balaji (Telefilms) once again because Balaji is the maker of Television. Ekta Ma’am is the queen of Bollywood. She’s also a boss lady when it comes to web-series’ as well. So yes, I will have absolutely no qualms about getting back to Television,” she reveals.

“I would love to do daily soaps. They are like my bread and butter. Television is what made me who I am today. So it was, it has and it always will remain my first love always,” Tina Dutta concluded.

Must Read: Jogi Teaser Out! Diljit Dosanjh & Team Are Already Making Us Emotional With Their Tale On 1984 Riots