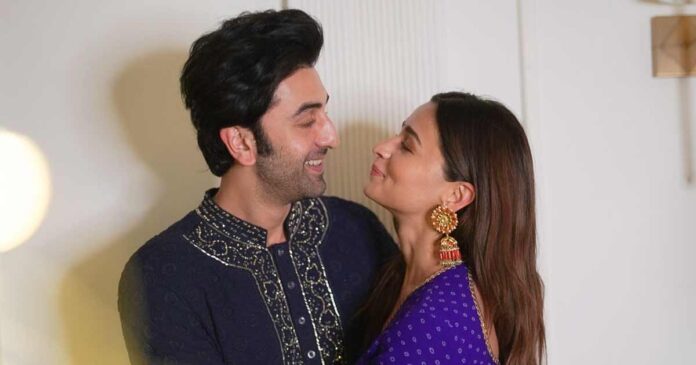 Bollywood’s favourite couple Ranbir Kapoor and Alia Bhatt has been making headlines ever since reports of them dating revealed. The two got married on April 14 this year in an intimate wedding after dating for nearly 5 years. Ranbir and Alia reportedly met on the sets of the film Brahmastra and cupid struck them.

The two have been busy for the past few weeks promoting Brahmastra. Going by the box office numbers, the fantasy adventure film is doing wonders at the ticket windows. In the film, Alia’s character Isha said that Ranbir’s character Shiva is incomplete without her. Now during a recent interview, they were asked whether it is same in the real life as well.

During a conversation with Navbharat Times, the Ranbir Kapoor scion said that he is quite dependent on Alia and detached. Kapoor said, “I boast a lot that I am very independent and detached, but in reality, I am very dependent on her. I don’t go to the bathroom or eat if I don’t know where Alia is. It is very important for me to have her next to me. It doesn’t matter if we don’t do anything romantic or even talk but she should just sit next to me.”

Alia too admitted that it is true that “Ranbir can’t do anything” without her. “If I am not around, Ranbir leaves everything for the last minute,” she said.

Meanwhile, Ranbir Kapoor and Alia Bhatt are currently expecting their first child together. Back in June, the Heart of Stone actress made the announcement by sharing a picture of themselves from her ultrasound appointment. After the massive success of Brahmastra Part One: Shiva, the two will reprise their roles in the second instalment. While no release date has been announced yet, it is expected that the film will be released in 2025.

Must Read: When Shah Rukh Khan Was Surprised On Being Asked If He Would Star In Kim Kardashian’s S*x Tape By A Fan, His Hilarious Response Proves He Is ‘The King Of Wit’