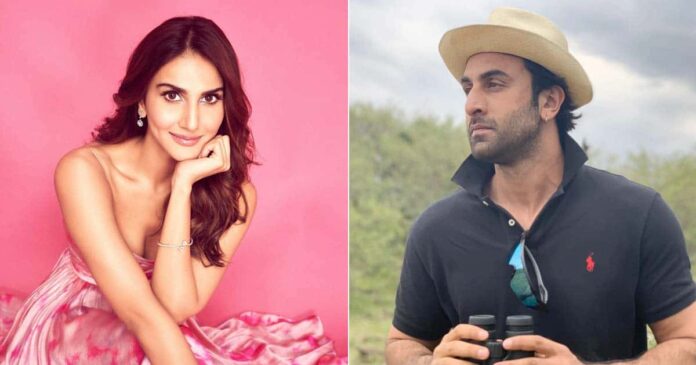 Actress Vaani Kapoor, who will be seen playing a performer in the upcoming film ‘Shamshera’, has praised her co-star Ranbir Kapoor, whom she called a special actor and her personal favourite.

Vaani says: “I play the character of Sona, the most sought after travelling performer of India in the 1800s. I have always chosen roles where my character pivots the script in a certain direction and in ‘Shamshera’ too, Sona plays an important role in building the narrative.

Vaani Kapoor, “I’m thankful to Karan Malhotra for seeing me in this role. He held my hand at every step of the way and guided me to bring Sona to life.”

The film is set to release in Hindi, Tamil, Telugu on July 22. Directed by Karan Malhotra of ‘Agneepath’ fame, the film marks Ranbir’s return to the cinemas after four years since the release of ‘Sanju’.

About her character, Vaani Kapoor reveals, “Sona has a strong willpower, she’s confident, a go getter yet has her own emotional vulnerabilities. She’s definitely one of the most refreshing characters I have played on screen. I’m amazed teaming up with Ranbir Kapoor – a powerhouse of talent. He’s truly a very special actor and my personal favourite.”

‘Shamshera’ revolves around the fictitious city of Kaza, where a warrior tribe is imprisoned, enslaved and tortured by a ruthless authoritarian general Shudh Singh. This is the story of a man who became a slave, a slave who became a leader and then a legend for his tribe. He relentlessly fights for his tribe’s freedom and dignity. His name is Shamshera.

Must Read: Breaking! Not Ibrahim Ali Khan But Palak Tiwari Is Dating The Archies Actor Vedang Raina, Here’s How Shweta Tiwari Feels About It