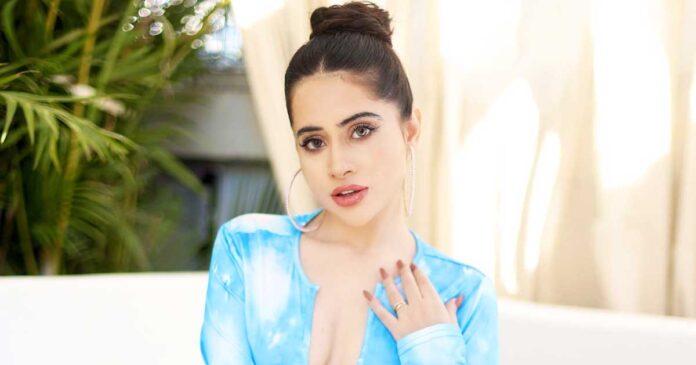 TV actress Uorfi Javed, who shot fame with her participation in Karan Johar-hosted reality show Bigg Boss OTT, is well known for her quirky sartorial choices. She has often surprised everyone with her unique sense of styling that is bold and weird.

While she is known to make headlines for her fashion choices, she is now making headlines for a different reason. The actress recently took to Instagram and accused a man of harassing her, asking for s*xual favours, and further blackmailing her.

Uorfi Javed shared a few screenshots of her WhatsApp chat and revealed that the man, who is from the Punjabi film industry, has been blackmailing her for the last two years by threatening to distribute her morphed pictures to Bollywood pages and ruin her career.

The former Bigg Boss OTT contestant wrote, “So this man has been harassing me for so long, and now I had it. 2 years back someone morphed my photo and started distributing it, I had already filed a police complaint about that 2 years back and I went through hell at that time. I even uploaded a post 2 years which is still there on my profile. This man got a hold of that picture and had been blackmailing me to have video s*x with him or else he will distribute the picture on various Bollywood pages and ruin my career.”

Uorfi Javed also said that she had filed FIR with the police against the culprit. Much to her disappointment, the Mumbai police did not take any against him. She even shared pictures of him with his best friend and her sister whom she has worked with.

“Yes, he was blackmailing me to cyber r*pe me (that’s the word for it). This man is a threat to society, and women. He shouldn’t be allowed to live freely. The last picture is of his best friend, sera Kishore. I had worked with her sister Ashna Kishore, I contacted the sisters, sent them proof of how he’s been blackmailing me and what all he has done to other girls but guess what, these girls bluntly chose to ignore the proofs and supported him saying all 50 girls are lying including me! Wow. These girls were chilling with this man the night he started blackmailing me, I tried contacting them but no response, no help. Idk what action police will take now but just wanted to tell everyone about this man who is freely working in the Punjab industry,” she added.

Soon after Uorfi shared her ordeal on social media, Rakhi Sawant reassured her that if she needs any kind of help, she is with her in her battle.

For more updates on TV & Web, tune into Koimoi.