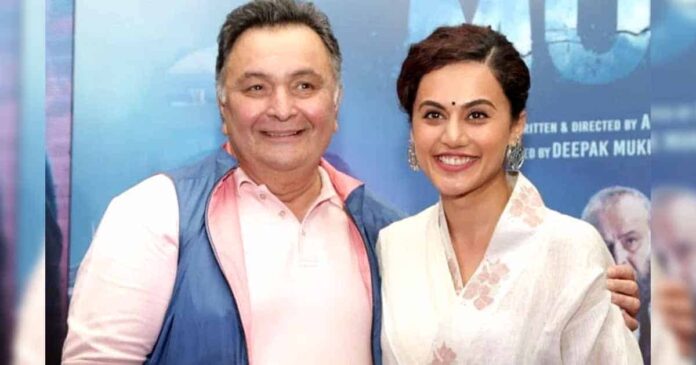 Actress Taapsee Pannu remembers late actor Rishi Kapoor on the sets of ‘Dance Deewane Juniors’. She appeared on the show to promote her film ‘Shabaash Mithu’.

Helmed by Srijit Mukherji, this movie is a biopic on former Indian cricketer Mithali Raj where Taapsee will be seen essaying the role of the cricketer.

Taapsee Pannu shares her experience of working with the late actor: “Rishi Kapoor ji was fun to be around during work. Initially when I met him the first thing he said was, ‘what kind of name is this, Taapsee?’in jest”.

She continues: “Rishi ji used to call me a veteran actor after knowing that I have done 10 South Indian films. During the ‘Mulk’ shoot, we shared a great bond and had a good time working together. I used to call him a bully bag.”

So what do you think about Taapsee Pannu’s revelation on Rishi Kapoor? Let us know in the comments.