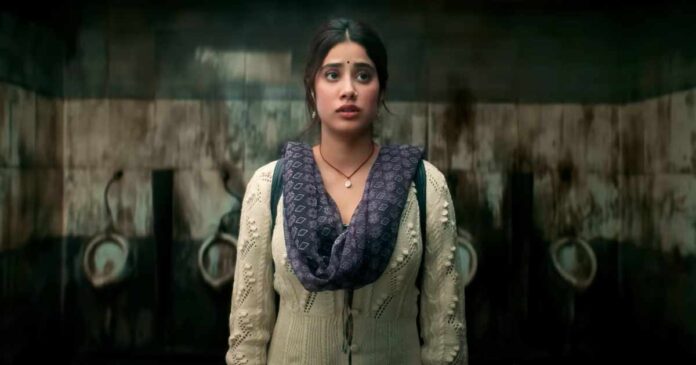 Janhvi Kapoor is on cloud nine today as her film ‘Good Luck Jerry’ is released on Disney+Hotstar and it has been receiving raving reviews from critics as well as her fans across the globe. Directed by Sidharth Sengupta, the film stars Kapoor in the lead role and is one of the most anticipated films of the year. Now, a section on social media is trolling the actress for her performance in the film and is dragging the ‘nepotism’ angle on Instagram. Scroll below to read the scoop.

Janhvi is one of the most popular gen Z stars in Bollywood currently. She’s also very popular on social media with over 18 million followers on Instagram. Kapoor often shares pictures and videos of herself entertaining her fans on the photo-sharing site and honestly, we are living for her Insta reels. Haha, they are so fun!

Viral Bhayani took to his Instagram account and shared a picture of Janhvi Kapoor which happens to be a still from her newly released film ‘Good Luck Jerry’. Take a look at the post below:

What are your thoughts on netizens trolling Janhvi Kapoor and her acting skills? Tell us in the comments below.