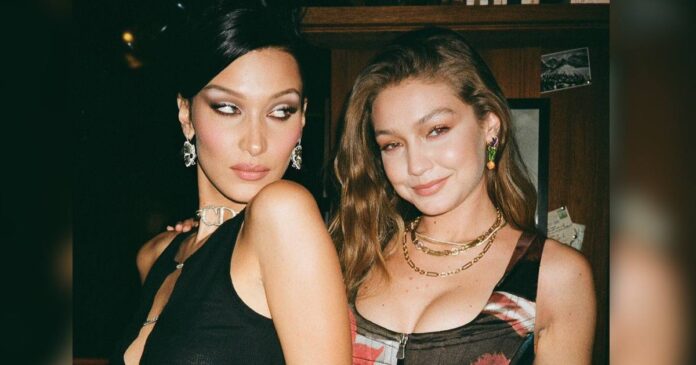 Gigi Hadid and Bella Hadid are one of the most successful model sisters in the world. The two are massively popular across the globe and are leading faces for a lot of luxury brands that exist. Today, we bring you the net worth of this super successful sister duo and while Gigi’s NW comes around $29 million, Bella isn’t lagging too far behind from her elder sister. Scroll below to read more about it.

Gigi and Bella both come from a hugely popular background and their mother Yolanda Hadid was a model herself. She began her career at the age of 16 and is still going strong and living a luxurious life on her own. Talking about the career of her daughter, both of them at a young age too and made it big in the modelling industry in no time.

Gigi Hadid started her career as a model baby for Guess when she was just 2-year-old. Later in 2014, she featured in Tom Ford’s Eyewear and that’s when her fame skyrocketed. In no time, she was walking the ramp for brands like Tommy Hilfiger, Diane Von Furstenberg, Michael Kors, Chanel, Versace, and Marc Jacobs.

Gigi Hadid has also been Maybelline’s face for years and has appeared on some brilliant magazine covers including Vogue, Allure, and Harper’s Bazaar. The Beauty is one the highest-paid models in the business and according to Pinkvilla, her estimated net worth is around $29 million.

Bella Hadid was 16-year-old when she got her first modelling assignment by Flynn Skye. Later she followed the footsteps of her elder sister and signed a contract with IMG models like Gigi and the rest is history.

Bella has walked the ramp for brands like Chanel, Tom Ford, Diane von Fürstenberg, Tommy Hilfiger, Moschino, Missoni, Balmain, Nike, and Victoria’s Secret PINK to name a few. She has a brilliant portfolio in terms of magazine covers and has been featured in Vogue, Porter, Elle and Glamour to name a few.

Her estimated net worth is around $25 million which means she’s only lagging $4 million from sister Gigi Hadid’s net worth. Whoa! That’s huge.

But you know what’s crazy, their mother Yolanda Hadid’s net worth; it’s around $45 million which is more than her two daughters.

Must Read: The Crown Season 6: Kate Middleton & Prince William Will Be Portrayed By These Actors!