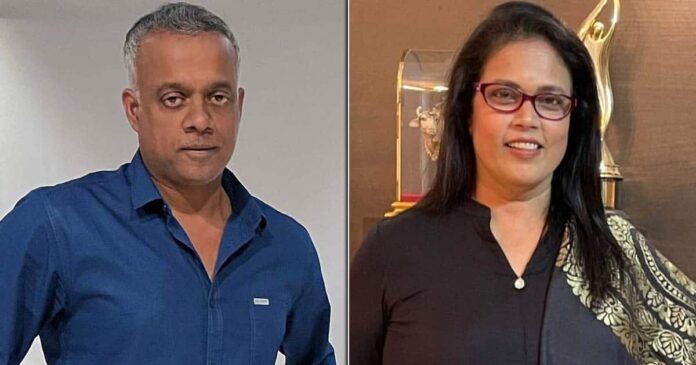 Participating in the character introduction event of the film, Menon said: “Brinda is a monster and I am very happy to say that she is my monster. She has worked in all my films except for ‘Nadunisi Naaygal’, and if my songs look good, 99 per cent credit goes to Brinda and 1 per cent to me.”

Gautham Menon continued, “I am not surprised that she is making an action film because I did a film called ‘Vettaiyaadu Vilayaadu’ in which Kamal Haasan played the lead. I am a fanboy and my decision to come to cinema was influenced by watching Mani sir’s films and Kamal sir’s films. Their journey is what defined me.”

Gautham Menon added, “So, when I had to work with Kamal sir, I had a lot of fear in me. I would always be scared to ask for another take from Kamal sir. I knew Brinda had an equation with Kamal sir. So, when we did ‘Vettaiyaadu’, I decided I’ll get Brinda on board because she’ll handle Kamal sir for me.”

He further said, “In ‘Vettaiyaadu’, apart from the romantic number ‘Paartha Mudhal Naale’, there is a song called ‘Karka Karka’… I designed the song and told Brinda that this is how it should be shot.

“Brindha was the one who choreographed all the action sequences in that song. I just sat back and enjoyed, and had a great time because she would handle Kamal sir. “That song put me on the map, thanks to Brindha. So, I’m not surprised she is now making a film called ‘Thugs’ after a romantic film like ‘Hey Sinamika’,” Gautham Menon said.

Well-known actress and politician Khushbu also praised Brinda saying, “She never delivers anything less than the best. If some task requires a 100 per cent, you can be sure Brinda will give it her 200 per cent. She is going to enthrall everyone by proving that women filmmakers are capable of making such action-packed movies.”

Must Read: Choreographer-Turned-Director Brinda Is The Real Thug, Says Khushbu