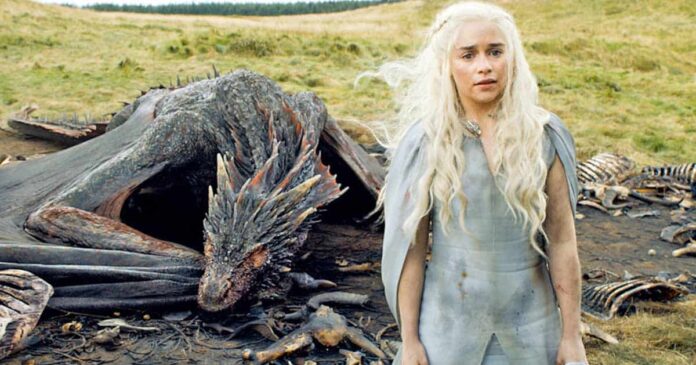 There is no way anyone can dull Game Of Thrones’ shine ever it seems. The TV series that hit the shores across the globe exactly a decade ago from now only grew massive with time till the point it ended its eight season run in 2019. While the finale of the show did not manage to impress the audience and people were disappointed at large, one cannot deny the fact that the makers managed to hook them to a show for 9 long years. But feels like even after four years wrapping up, the show is making records.

Adapted from George RR Martin’s celebrated work, Game Of Thrones over the years has only grown and found a massive fanbase. The craze has only enabled HBO to dive deeper into the fantasy world and churn out spin-offs and prequels from it. But while we are on the rim of getting the first prequel series (House Of The Dragon), feels like the original has still dominated the market.

Now if the latest reports are to go by, Game Of Thrones even after a disappointing finale has managed to be in the trend and the proof is that it is still the most pirated show even after three long years. Yes, you heard that right. The HBO fantasy drama is still the favourite amongst the pirates and below is all you need to know.

As per a report in Screenrant, Game Of Thrones is now again holding the number one spot to be the most pirated show of 2022. While WandaVision and The Mandalorian had the title in the years following GOT season 8, seems like people are now revising the show before House Of The Dragon hits shores in August. The report measured piracy by considering the terms of internet searches for illegal streams.

Game Of Thrones tops with 8,560 searches per month followed by Euphoria that has 7,960 searches. And the evergreen Friends is holding the third position with 5,060 searches. The statistics only prepare us for the craze that House Of The Dragon is riding now. It isn’t a hard guess to say that the new prequel will enjoy a good reception not just globally but in the piracy world too.

Must Read: Stranger Things’ Dustin Henderson aka Gaten Matarazzo Was Seen As Duryodhan In Mahabharata! This Hilarious Meme Is Making Everyone LOL