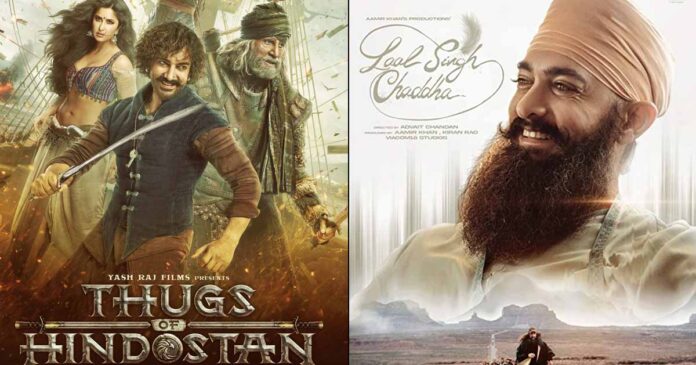 On its 10th day, Laal Singh Chaddha has finally managed to cross the first day collections of Thugs of Hindostan. On its release during Diwali 2018, the Aamir Khan starrer had set the opening day record for a Hindi film with 52.25 crores coming in.

While 50.75 crores had come in from the Hindi version, 1.50 crores came from the Tamil and Telugu versions. While it was quite apparent that Laal Singh Chaddha won’t be able to match up with these numbers on the day of its release, these were the expected numbers from the first three days at least.

However, none of that happened as the film continued to slide down at an alarming pace. By the time the extended first week came to a close, the film somehow managed to cross at least the 50 crores mark. However, there was a lot more work to be done by the film before Thugs of Hindostan first day total could be surpassed and that finally happened on Saturday when 1.75 crores* more came in. As a result, the total of the film stands at 53.58 crores*.

Today, the film will go past the 55 crores mark and then some more footfalls will still keep trickling in during the weekdays that should add on 2-3 crores more. Post that the film will have a few more screens still at its disposal for a couple of weeks till the arrival of Brahmastra on 9th September and that would ensure that it finally ends up having a lifetime of 60 crores.

This is all just loose change though that we are talking about in the context of the film which was touted to be the next 200 Crore Club blockbuster at least. The outcome though is a complete theatrical disaster.

Must Read: Dobaaraa Box Office Day 1: Opens Better Than Expected, Can Grow Over The Weekend!