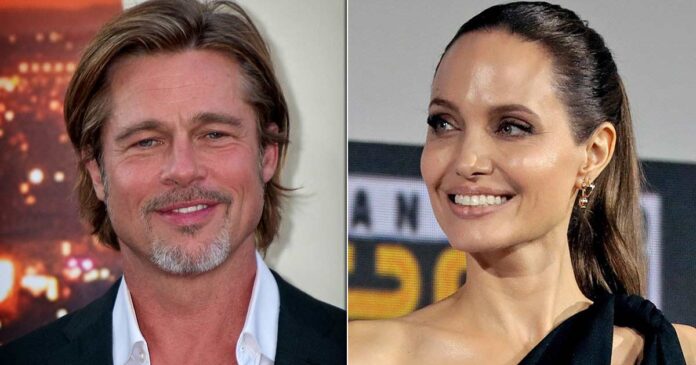 Despite all the reports about Angelina Jolie’s accusation against Brad Pitt, the FBI is said to not be opening the case. A lot has been happening around Brangelina ever since it was said that Jolie claimed to have faced abuse at the hands of the Ocean’s Eleven actor. It was also said that she has filed a lawsuit against the law enforcement agency for not properly investigating an incident that occurred in 2016.

A report was released that claimed Angelina anonymously alleged that Brad, who is also said to have been abusive towards their son Maddox, hit the Girl, Interrupted actress on their flight from France to the US. Not just that but photos of alleged bruises Jolie had on her hands went viral.

However, now, as per Page Six, a friend of Brad Pitt has said that the FBI won’t be pressing into the case, despite all the new developments. “The statute of limitations is way gone and they have seen all the information at hand. There is nothing new here. At the time they considered all of Angelina Jolie’s allegations and didn’t bring any charges,” they said and continued, “The FBI investigated the incident thoroughly, there is zero chance of them reopening the case. This is all a concerted effort to smear Brad.”

The friend even alleged that Angelina Jolie’s claims have been stated before during their ongoing custody case. After Jolie and Brad Pitt divorced, the two have been in a lengthy battle over the custody of their kids, estates and more. The source said that despite mentioning these claims before the judge still gave Pitt 50/50 custody of their kids.

“Angelina’s claims were raised in at least two different legal contexts: the incident on the plane and then again during a lengthy custody trial. In one case, there were no charges brought and in another, Brad was granted 50/50 custody,” the friend said.

Meanwhile, another source says that Brad Pitt feels that Angelina Jolie bringing back these allegations is a way to “hurt” him. Some people are also comparing Jolie to Amber Heard. Read more about that on Koimoi!

Must Read: Breaking Bad’s Aaron Paul Confirms He Isn’t Reprising Jesse Pinkman Again & Our Hearts Are Shattered: “Don’t Cry Because It’s Over; Smile Because It Happened”