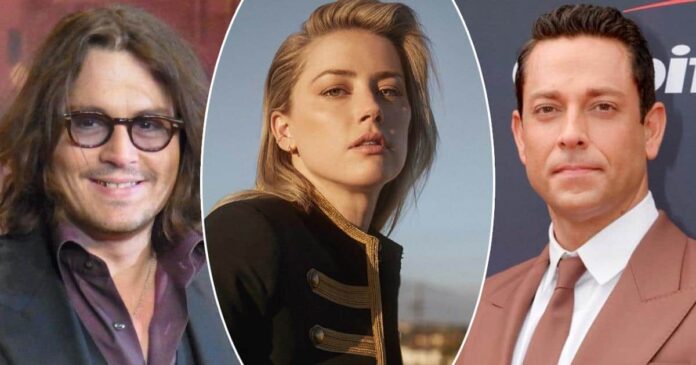 There have been a lot of opinions on the Johnny Depp vs Amber Heard case. Sia, Evan Rachel Wood, Eva Green, Howard Stern, and JK Rowling have been among other celebrities who weighed their opinions and chose their sides. But there also have been stars like Jennifer Grey, Dakota Johnson who gave neutral statements and wanted the drama to end. Now, Shazam! Actor Zachary Levi has called out the ‘entertainment’ people are making out of the high-profile case.

Zachary has been in the news over the trailer release of Shazam 2 titled as Shazam! Fury Of The Gods. The sequel brings him back as the lovable superhero but he might be suffering from imposter syndrome. The promo was unveiled at the Comic Con happening in San Diego and won a lot of praise.

Zachary Levi recently graced The Joe Rogan Experience where shared his opinion on the Johnny Depp vs Amber Heard defamation trial. “There’s a part of me that just wishes nobody would care about any of that drama as it unfolds. Because it’s not pertinent to anybody’s life, really, or making the world a better place.”

“I dunno man, I feel like it’s making us less empathetic ultimately. We all get to look at these people literally like you’re saying, they’re having a marital dispute. We’re all getting brought in on their shit. Their traumas, all that stuff. And everyone just gets to sit around eating popcorn and judging the entire fiasco because it’s entertainment, now?” Zachary Levi questioned.

Well, what Zachary feels does make sense given the social media debate Johnny Depp vs Amber Heard has become.

There have been petitions signed, one of which has also crossed 4.6 million signatures demanding for Amber Heard to be removed from Aquaman 2.

Johnny Depp, on the other hand, struggles to find work in Hollywood but will return with his band Hollywood Vampires for concerts.