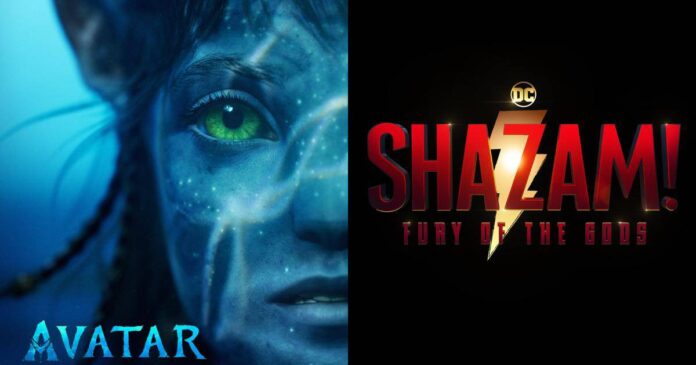 Shazam! Fury of the Gods director David F. Sandberg weighed in on the box office battle between Zachary Levi starrer’s sequel and Avatar: The Way of the Water. Previously, all the upcoming Warner Bros movies got new release dates, which preponed Sandberg’s directorial to clash with James Cameron’s movie.

Though WB once again bumped the release date from December 16 to December 21, 2022, to give some gap between the two releases. With a five days head start, the second instalment of the world’s highest-grosser can leave some room for Shazam 2 before Christmas.

When movies clash at the box office, it is more often than not that one does better than the other. But David F. Sandberg isn’t worried about the battle between his Shazam! Fury of the Gods and Avatar: The Way of the Water. While speaking with Slashfilm, Sandberg acknowledged that James Cameron’s directorial will be big but thinks there is plenty of room for multiple movies to be hits at the box office, especially around the Holiday season.

“He should be very scared. This is the end of James Cameron,” David F. Sandberg joked. “No, I think it’s actually good, because they’re such different movies. I mean, look at the first ‘Avatar,’” the Shazam! Fury of the Gods director added. “There were other movies that came out at the same time and did really well … especially at Christmas … everybody knows that ‘Avatar’ is going to be, like, the biggest movie ever.”

“I’m going to go see it. But yeah, there’s room for ‘Shazam!’ too,” he said. This is not the first time that he has spoken about the clash between his film and Avatar: The Way of the Water. Previously, the Lights Out helmer had said that his DC flick is releasing this year.

David F. Sandberg noted that it wouldn’t make sense to make Shazam! Fury of the Gods wait. But he isn’t expecting it to open at number one against Avatar: The Way of the Water.

Must Read: Avengers: The Kang Dynasty Has Got A Director, Hint- It’s Someone We Already Know!