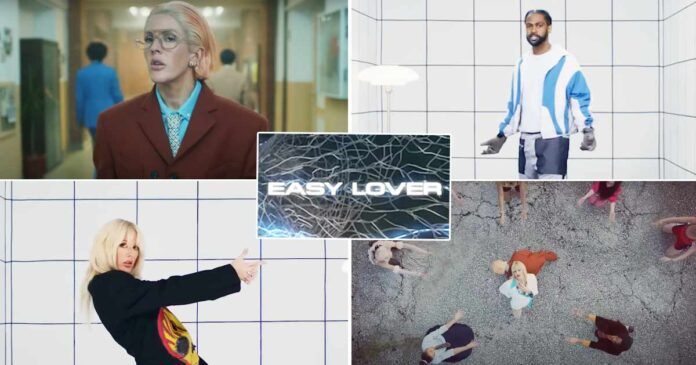 The new single also features rap royalty Big Sean who adds his signature flow in contrast to Ellie’s breath-taking harmonies. Big Sean is one of the biggest names in rap is known for hits such as ‘I Don’t Fuck With You’ and ‘Dance (Ass) ft Nicki Minaj’ as well as working with the likes of Justin Bieber, 2Chainz, Halsey and Calvin Harris.

Alongside the single, Ellie has released the epic music video for ‘Easy Lover’, which sees her take on an otherworldly creature that takes the form of humans. The haunting visual is a confident and exciting accompaniment to the single and was directed by Sophia Ray (Years & Years, Raye, Mabel) with movement direction from Remi Black and creative direction from Nathan Klein who also styled the video.

Speaking about the track Ellie states, “I wrote Easy lover in LA with Julia Michaels after conversations about the age old tale of being infatuated by someone cool and beautiful knowing that they will never quite feel the same. It’s about going back to the same dangerous person to feel alive when you know they have hurt people again and again before you. Having the legendary Greg Kurstin produce any song of mine is always a dream come true. He always understands the assignment!”

Must Read: Jennifer Lopez Shakes Her A*s In A Bunch Of Tight-Fitting Monokinis &#038; Bikinis, Calls It ‘Summer Of B*oty’