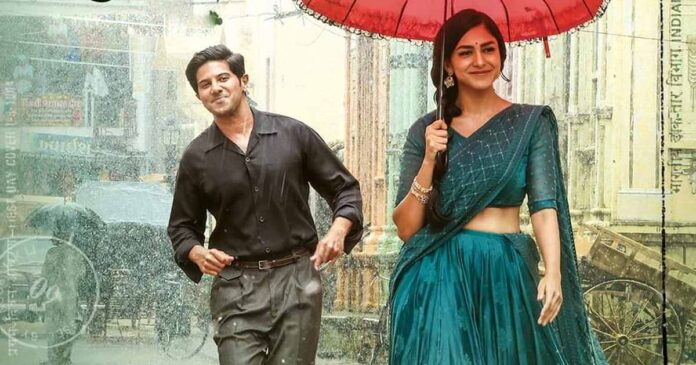 Sita Ramam starring Dulquer Salmaan, Mrunal Thakur and Rashmika Mandanna has emerged as a good addition to the list of Hindi dubbed films. Unlike some of the so-called recent pan-India releases, this one has managed to put a decent number on board at the box office despite zero pre-release buzz and Brahmastra’s presence. Keep reading to know more.

Helmed by Hanu Raghavapudi, the film was originally released on 5th August in Telugu, Tamil and Malayalam languages. Upon its release, the film opened to positive reviews from critics and audiences alike and turned out to be a huge commercial success at the box office, yielding a healthy share for distributors.

Now talking about the Hindi version of Sita Ramam, the film released a week ago (2nd September) before Brahmastra arrived. But even after the magnum opus hit theatres, this Dulquer Salmaan led film continued to work on its own with its selected audience. Now as per the trade reports, the film made 5 crores approx at the end of two weeks. The numbers are decent for Sita Ramam (Hindi) considering the film had no pre-release buzz and limited shows. In fact, it’s a bonus as already huge profits have been made.

Speaking about the total collection of Sita Ramam, it has made around 60 crores (inclusive of all languages) in India. Globally, it has earned around 90 crores gross.

Meanwhile, after the massive success of Sita Ramam, Mrunal Thakur‘s fan base has increased by leaps and bounds. The follower base of the actress on social media has shot up from 4.6 million to 5.3 million in less than a month. Post the film’s release, fans are leaving no stone unturned on social media to express their love for her.

Must Read: Ranbir Kapoor Reveals Being Incomplete Without Alia Bhatt: “I Don’t Go To The Bathroom Or Eat If I Don’t Know Where She Is”