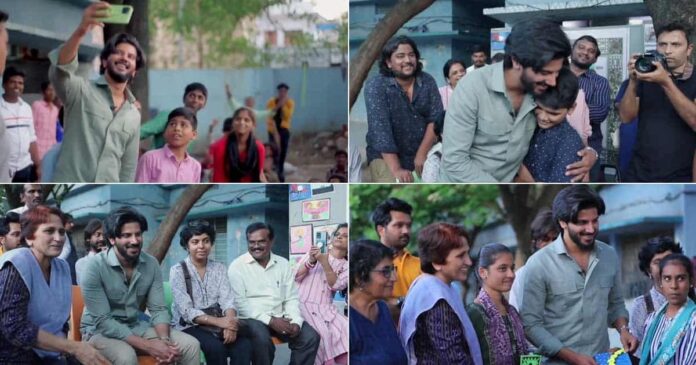 Swapna Cinema, one of the producers of the upcoming romantic entertainer ‘Sita Ramam’, on Friday released a touching video of actor Dulquer Salmaan looking to delight a bunch of underprivileged boys, who had written to him, by paying them a sudden visit.

Sharing the video on its Twitter timeline, Swapna Cinema said: “Ram turns into Santa Claus! It’s such a pleasure to release this on his birthday. Happy Birthday Dulquer!”

In the video, Dulquer Salmaan says, “Amongst the many letters I have received, I got a really interesting one from a bunch of boys. We are gonna go and surprise them. Let’s see…”

One of the boys had apparently written the letter to the actor because in the trailer of his upcoming film ‘Sita Ramam’, Dulquer Salmaan is seen saying that he has no one in this world to write a letter to him. The child had written a letter to comfort Dulquer and asked if the actor had received the letter.

Ram turns into Santa Claus! It’s such a pleasure to release this on his birthday ❤️

The actor, who was visibly touched by the gesture, distributed gifts to all the children and spent time clicking selfies with them.

On his return, Dulquer Salmaan says, “I thought I was making their day; They made mine.”