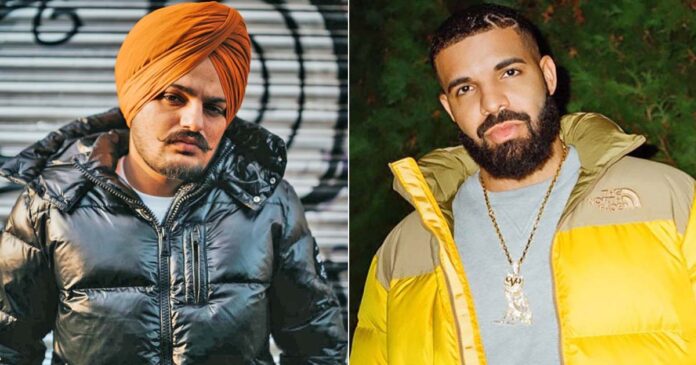 Punjabi singer and rapper Siddhu Moose Wala’s murder came as a shock to many. Several of his fans, including international stars like Lilly Singh, and Canadian rapper-singer Drake were heartbroken and expressed their grief after the Punjabi rapper was shot dead.

The 28-year-old singer was fatally shot in his hometown of Jawaharke in the Mansa district of Punjab on May 30. He was shot a day after the Punjab government withdrew his security cover. Days later gangster Lawrence Bishnoi admitted that he was the mastermind in the Punjabi singer’s killing.

Now Canadian singer and rapper Drake pays his tribute to the late Punjabi rapper Sidhu Moose Wala by putting up a T-shirt line for sale soon. Reportedly, the proceedings will go to Sidhu’s family, who can then decide which organisation they would like to donate the funds to.

The Grammy Award-winning singer took to Instagram and shared the announcement with a video. He wrote, “Sidhu Moose Wala (1993-2022). We celebrate your life and influence in India, Canada, and everywhere. Rest in peace to our friend and legend. Remembering this legend with a tee available now on www.drakerelated.com. We are working with Sidhu’s family to dedicate proceeds from this drop in his honour.”

Drake was previously seen wearing a T-shirt honouring the late star while performing at a concert in Toronto. He even made headlines last week wearing the same T-Shirt on stage and said, “I’m here tonight, grateful, just as a kid who grew up wide-eyed. I’m a fan; I’m one of you tonight. I’m grateful to be from the greatest city in the world…”

Reportedly, the T-Shirt is priced at USD 65 which converts to around Rs 5,000.

Must Read: Kylie Jenner Slammed By Cosmetic Developer Over Entering Lab With Hair Open, Reacts, “No One Is Putting Customers At Risk”!