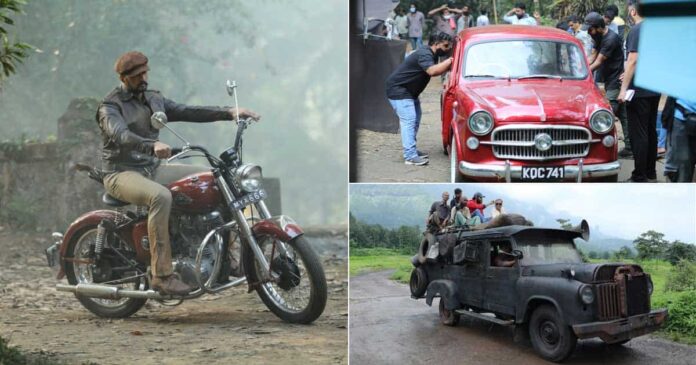 The art department headed by production designer Shivakumar has come up with specially designed vehicles for the film. The bike, ‘Phantom’, that Vikrant Rona rides in the film was specially built for Kichcha Sudeep. The film’s audience will also get to see a specially designed red mini car and a bus designed in the 60s style.

Shivakumar J, the production designer who created the vehicles for the film said, “It was my director Anup Bhandari who came up with the idea of giving unique vehicles to the characters. The vehicles took one month and a half each to make.

“A normal jeep was altered to make it into a bus. The work happened in Bangalore but was taken to Pune for the shoot. All the meticulous planning and attention to detail paid off as people as I’ve been getting calls about where was the bus brought from.”

‘Vikrant Rona‘ will be released worldwide in 3D on July 28. It also stars Jacqueline Fernandez, Nirup Bhandari and Neetha Ashok.

Must Read: Kichcha Sudeep’s Shocking Net Worth: From Charging 5 Crores Per Film To Presenting Bigg Boss Kannada For A Whopping Amount, His Total Earnings Will Amaze You!