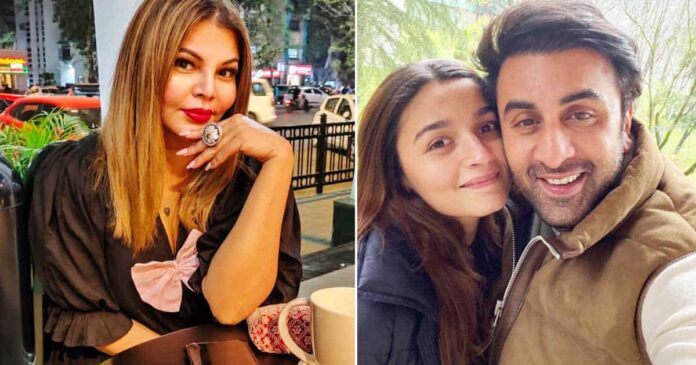 Alia Bhatt and Ranbir Kapoor recently announced their pregnancy. The couple has been over the moon and their family members and friends are equally excited. Controversy queen Rakhi Sawant seem to be taking a dig at the celebrity couple as she talks about getting married as soon as she’s expecting a child too. Scroll below for all she has to say.

Ever since Alia announced her pregnancy, a lot has been speculated. It is being said that the actress entered the phase of motherhood over 2 months ago. And that has raised eyebrows since she got married back in April 2022.

Rakhi Sawant pointed out how it is a crime and one should not be pregnant before marriage. “But woh gunaah hai, khuda ki khilaf…baap re, nahi baba! I will give birth to a messiah who will set everyone straight,” she added.

Take a look at the video shared by Rakhi Sawant below:

Meanwhile, Rakhi Sawant has been making a lot of noise over her relationship with Adil Khan Durrani. He recently gifted her a luxury car and the duo even left for a getaway to Dubai. They have reportedly been staying together in a live-in ever since.

On the other hand, Alia Bhatt recently called out patriarchy and quashed reports of delay in her Hollywood debut Heart Of Stone and other films due to pregnancy.

Must Read: Shahid Kapoor Demands A Hike Of 5 Crores In His Salary Despite Jersey’s Box Office Failure?