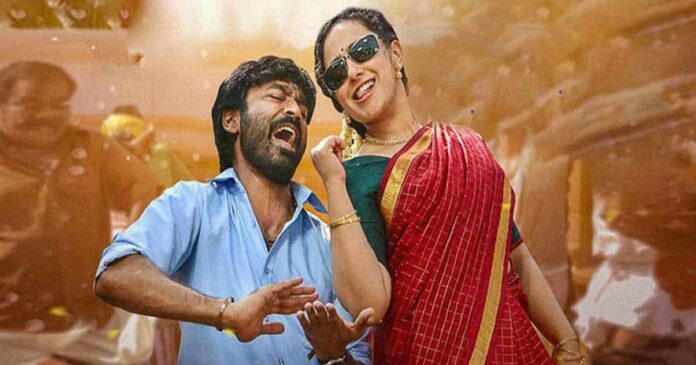 Kollywood has got a new big hit in the form of Dhanush’s Thiruchitrambalam. The film took a good start at the box office and thanks to good reports from all around, it sustained really well after a healthy weekend. Apart from the domestic market, it’s a global success and is on the way to hitting the 100 crore mark.

Dhanush’s last theatrical release was Karnan, which turned out to be a box office success despite the 50% occupancy rule in theatres. Post it, all of his 4 films directly premiered on OTT. So one can call his latest film his theatrical comeback and the actor has struck gold with it. Below is all you need to know about the film’s collection.

As per the latest trade report, Thiruchitrambalam has earned 98 crores* globally, with overseas collections contributing around 21 crores. The film is enjoying very good word-of-mouth and despite Chiyaan Vikram‘s Cobra releasing tomorrow, it will continue its glorious theatrical run and hit the 100 crore mark globally very soon.

Meanwhile, recently Prabhu Deva and Suryah, who have directed blockbusters and delivered superhits as actors, took to Twitter to shower praise on Dhanush’s film. Suryah tweeted: “Brammandam mattum jaipadhillai emotion-dhan jaikkum (Magnitude of a project alone does not make it win. Emotion is what wins.) Once again proved by Dhanush K. Raja sir’s ‘Thiruchitrambalam’. Congrats Sun Pictures and the team for the blockbuster. I have to say Bharathiraja sir you are simply superb sir.”

Must Read: Spider-Man: No Way Home Box Office (India): Re-Release Opens The Door To Take Down Avengers: Infinity War’s 222.69 Crores With Just A Small Distance To Be Covered