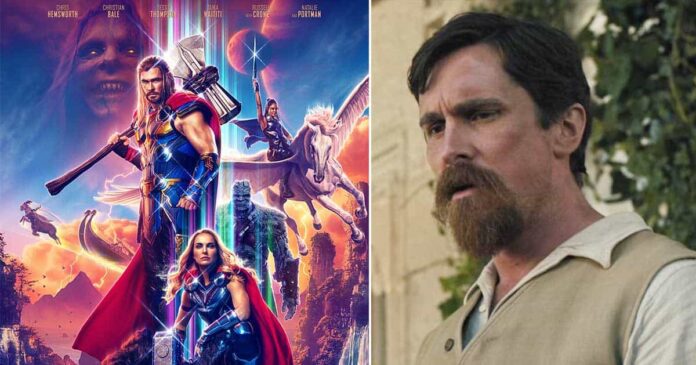 When it was announced that Christian Bale is joining the MCU as Gorr the God Butcher in Chris Hemsworth’s Thor: Love and Thunder, fans couldn’t keep calm. Their very own Batman is now a part of Marvel as well, and just like the fans, even we cannot wait to watch the actor in action as the villain.

Bale is known for the diverse range of roles he plays. Be it the Dark Knight, Patrick Bateman in American Psycho, or Trevor Reznik in The Machinist, he does it with passion and brings life to the characters. Seeing him as an MCU villain is all the more exciting.

But imagine if Christian Bale wouldn’t have accepted the offer? Well, of course, that didn’t happen, all thanks to his kids. While speaking with Screen Rant, the Thor: Love and Thunder actor revealed the thing that intrigued the most about playing Gorr was Taika Waititi’s really solid pitch and the co-stars he would be working with.

“For me, it was Taika. I loved Thor Ragnarok, as did my family. We also all loved Jojo Rabbit, and then I had worked with Natalie and wanted to work with Tessa and with Chris. It comes down to that, really. I just went, ‘Great!’ Loved the script, and loved Taika’s description of the villain. ‘Let’s go do this,’” Christian Bale said.

But despite that, Bale almost passed the role until his kids forced him to take it. The actor said, “There were some potential scheduling conflicts. I said to my family, ‘I don’t think it’s going to work out,’ and they went, ‘No, you make it work out. You’re doing this, Dad.’ They gave me my marching orders, and I dutifully obeyed.”

Christian Bale must be glad that he took up the role of Gorr for Thor: Love and Thunder, as the early reactions that poured in praised the actor for his performance.