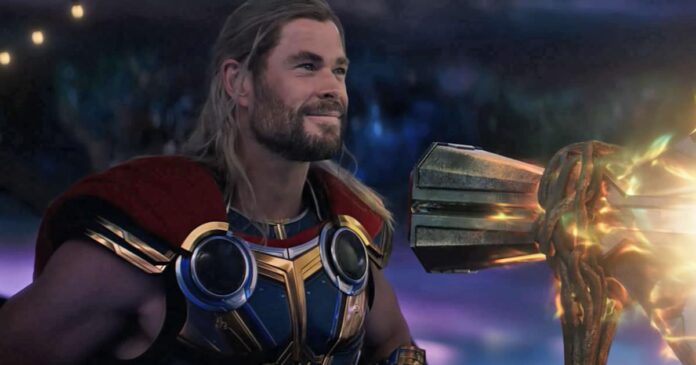 Thor: Love and Thunder is just two days away from its big screen release, and fans are gearing up for it. Another big addition to MCU’s Phase 4, a lot is riding on the Chris Hemsworth starrer. So far, Marvel has been able to hit the mark with both their previous releases, Spider-Man: No Way Home and Doctor Strange in the Multiverse of Madness.

Now, all eyes are on the fourth Thor movie. Just recently, its worldwide box office predictions were in, and according to that, the movie may see a thunderous opening of $300 million. If that happens, it will also follow the path set by its predecessors and become a hit.

However, Thor: Love and Thunder also just received a Rotten Tomatoes score, which currently sits at 71% approval from 143 critics with a “fresh” rating. It is lower than Ragnarok’s 93% certified fresh and 2011’s Thor’s 77% certified fresh but is above 2013’s Thor: The Dark World’s 66% fresh. This is also way less than MCU’s average score of 84 on the site.

It is important to note that these are just critic ratings, which may change as the film is released, and audience scores are yet to be out. Despite this, Thor: Love and Thunder is being compared a lot with Ragnarok, and though the early reactions were positive, some even saying it’s the funniest MCU movie ever, others claimed it to be not as good as the 2017 flick.

Meanwhile, as we get closer to the release, fans are also excited to watch Christian Bale as Gorr the God Butcher. For the unversed, The Dark Knight actor is making his MCU debut with the Chris Hemsworth starrer.

Christian Bale will be playing the role of the villain. Fans compared the look with that of Lord Voldemort, which is why director Taika Waititi recently revealed changing it a bit in the final cut of Thor: Love and Thunder. Are you excited about the release of the film?