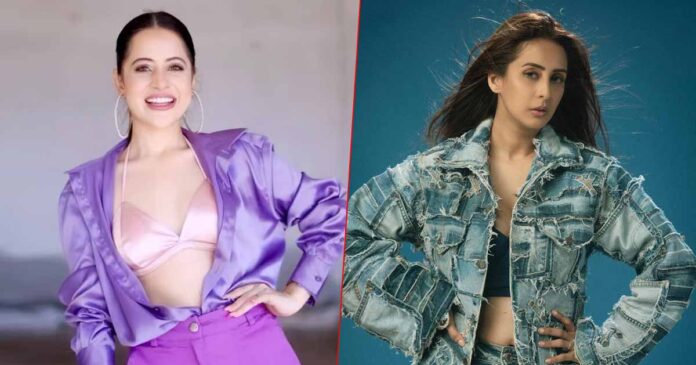 Some new revelations have been made in Sukesh Chandrashekhar’s 200-crore extortion case and it is leaving everyone in disbelief. After Jacqueline Fernandez and Nora Fatehi, it is now found that television actresses like Nikki Tamboli, Chahatt Khanna along with 2 others are also involved. Scroll below to know how Uorfi Javed (Urfi) has reacted to the news and taken a sly dig at her rival.

If one remembers, Uorfi and Chahatt recently got into an Instagram war over the former’s dressing sense. It was Khanna who shamed her for the kind of clothes she pulled off on roads and Javed took digs at her divorce in return. The Bigg Boss OTT contestant even later apologized for going that personal.

Uorfi Javed in a new dig took to her Instagram story and shared a screenshot of a news portal reporting Chahatt Khanna’s involvement in the Sukesh Chandrashekhar extortion case. She was quick to use it to take a jibe at her contemporary as she wrote, “But I’m the obnoxious one for dressing up indecently and paying the media! J”

Chahatt Khanna is yet to respond to the remark made by Uorfi Javed. Take a look at her story below: 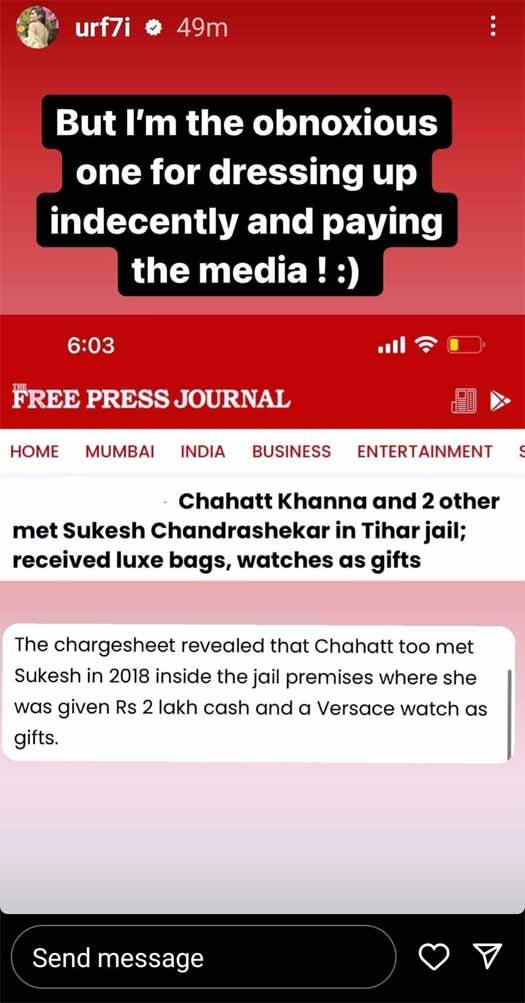 It is said that Sukesh Chandrashekhar’s aide Pinky Irani was responsible for felicitating meetings with Nikki Tamboli, Chahatt Khanna and two others.

Chahatt was allegedly gifted Rs 2 lakhs along with a blue Versace watch by the conman. On the other hand, Nikki Tamboli was given a sum of 2 lakhs by the conman and additionally 1.5 lakh by Pinki Irani.

The ED continues to carry out an investigation and further details are expected in the 200-crore extortion case.