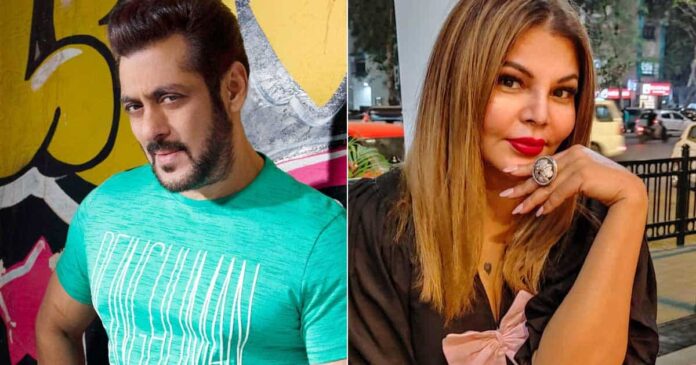 No matter how much hate he receives for his over-the-top films, Salman Khan still remains to be one of the most loved Indian superstars. Ever since the news of him getting a death threat broke on the internet, fans across the country are praying for his well-being. Now Rakhi Sawant too has offered support to the actor. Scroll below to know the details.

For those who don’t know, the Lawrence Bishnoi gang has allegedly threatened Salman. A letter, which is claimed to be written by the Bishnoi gang, was discovered in the vicinity of Salman’s residence in Mumbai. Reportedly, it had a matter stating the actor will be killed soon just like late Punjabi rapper Sidhu Moose Wala. Following this, the Dabangg actor applied for a gun license for his security, which was granted yesterday by Mumbai Police.

Sharing her happiness about Salman Khan securing a gun license, Rakhi Sawant said, “I am very happy. I have to tell him, ‘Salman sir, you don’t take tension, nothing will happen’. He has the blessings of the whole nation and I also pray for him day and night,” as she addressed media during her night out with boyfriend Adil Durrani.

Meanwhile, Salman received a death threat in a letter after a few days later the killing of Sidhu Moose Wala. Lawrence Bishnoi is said to be directly linked with Moose Wala’s murder.