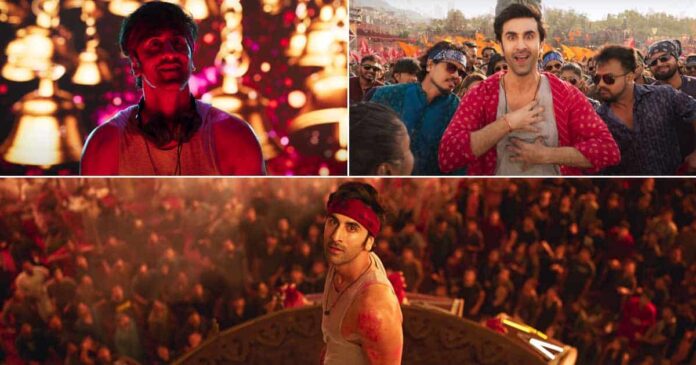 A new track, composed by Pritam, choreographed by Ganesh Acharya and sung by Arijit Singh, from the Ranbir Kapoor-Alia Bhatt-starrer ‘Brahmastra’ was released on Thursday.

Talking about the song, Ranbir Kapoor said in a statement, “I am extremely excited to present our latest track to the audience ‘Dance Ka Bhoot’. This is my character Shiva’s introduction song in the film, and I can’t wait for my fans to groove to it.”

“I am sure that the audiences will show the same love and response to ‘Dance Ka Bhoot’ like they have given to ‘Kesariya’ and ‘Deva Deva’.”

The music video of the track features Ranbir Kapoor as DJ Shiva, and has its music composed by hit-machine Pritam, with lyrics by Amitabh Bhattacharya, and vocals by Arijit Singh. The song is touted to be the ‘Celebration of Brahmastra’.

Sharing his thoughts on the launch of the song, music director Pritam said: “Dance Ka Bhoot is the third Brahmastra track. This song has amazing dance beats. I am sure the youth of the country will enjoy the song as much as Ranbir did while shooting for it.”

The song has been choreographed by Ganesh Acharya. Director Ayan Mukerji, who has worked with Pritam and Amitabh in ‘Yeh Jawaani Hai Deewani’, had a “tremendous experience” working with Pritam, Arijit and Amitabh Bhattacharya.

“Despite a lot of challenges which we faced while filming for this song, we have managed to create a masterpiece for our audience. Both ‘Kesariya’ and ‘Deva Deva’ have received so much love from the audience and we are expecting to get the same reaction to this song as well,” Ayan Mukherji said.

Must Read: SS Rajamouli Reviews Brahmastra: “It Is Not Like A Fairy Tale But A Commercial Way Of…”